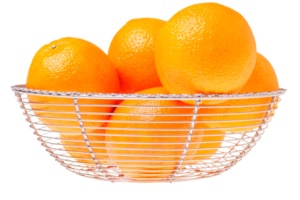 Taking large doses of vitamin C may moderately reduce blood pressure, according to an analysis of years of research by Johns Hopkins scientists. But the researchers stopped short of suggesting people load up on supplements.

“Our research suggests a modest blood pressure lowering effect with vitamin C supplementation, but before we can recommend supplements as a treatment for high blood pressure, we really need more research to understand the implications of taking them,” says Edgar “Pete” R. Miller III, M.D., Ph.D., an associate professor in the division of general internal medicine at the Johns Hopkins University School of Medicine and leader of the study published in the American Journal of Clinical Nutrition.

Roughly 30 percent of adults in the United States have high blood pressure, or hypertension, an important risk factor for heart disease and stroke. Successful treatment may include drugs, exercise, weight loss, and dietary changes such as reducing salt intake. Some experts believe that large amounts of vitamin C, an essential micronutrient found primarily in fruits and vegetables, could lower pressure as well, but randomized, controlled dietary intervention studies — the gold standard of nutrition research — have produced mixed results.

Miller and his colleagues reviewed and analyzed data from 29 randomized, controlled, previously published clinical trials that reported systolic and/or diastolic blood pressure values and also compared vitamin C intake to a placebo. What they found is that taking an average of 500 milligrams of vitamin C daily — about five times the recommended daily requirement — reduced blood pressure by 3.84 millimeters of mercury in the short term. Among those diagnosed with hypertension, the drop was nearly 5 millimeters of mercury.

By comparison, Miller says, patients who take blood pressure medication such as ACE inhibitors or diuretics (so-called “water pills”) can expect a roughly 10 millimeter of mercury reduction in blood pressure.

Five hundred milligrams of vitamin C is the amount in about six cups of orange juice. The recommended daily intake of vitamin C for adults is 90 milligrams.

“Although our review found only a moderate impact on blood pressure, if the entire U.S. population lowered blood pressure by 3 milliliters of mercury, there would be a lot fewer strokes,” Miller says. Miller cautions, however, that none of the studies his team reviewed show that vitamin C directly prevents or reduces rates of cardiovascular disease, including stroke.

Scientists have focused on vitamin C’s potential role in blood pressure reduction because of the nutrient’s biological and physiological effects. For example, vitamin C may act as a diuretic, causing the kidneys to remove more sodium and water from the body, which helps to relax the blood vessel walls, thereby lowering blood pressure.

Nutritional supplements are a $28 billion-a-year industry, and marketing claims, newspaper stories and testimonials often make them hard to resist, Miller says. People often view supplements as a “natural alternative” and preferable to drugs for high blood pressure or other ailments, he adds, despite mounting evidence that many supplements don’t work and in some cases may cause harm.

“People love to take vitamins regardless of the evidence or lack of it,” Miller says. “We’re trying to raise the bar and provide evidence-based guidance about whether supplements help or actually do harm.” With respect to vitamin C, he says, the jury is still out.

Want to lower your blood pressure without taking medication?