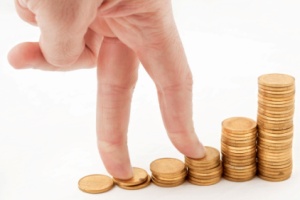 As the global economy continues to waver, U.S. employers are projecting moderate pay raises for employees next year as part of an ongoing effort to closely manage costs. Additionally, similar to last year, U.S. employers do not expect to fully fund their annual bonuses for workers this year, according to new survey data from global professional services company Towers Watson (NYSE, NASDAQ: TW).

A survey of 857 U.S. companies conducted by Towers Watson Data Services found that companies are planning pay increases that will average 2.9% in 2013 for their salaried non-management employees. This represents a moderate increase from the average 2.8% raise salaried non-management employees are receiving this year and 2.7% they received in 2011. Similar raises for 2013 are planned for executives and non-exempt employees.

"Most U.S. companies continue to keep their salary budgets relatively tight, especially since they are having little difficulty attracting and retaining employees, in general, reflecting the soft labor market," said Laura Sejen, global practice leader for Rewards at Towers Watson. "At the same time, most organizations are having as much trouble attracting and retaining critical-skill employees as they did during the economic expansion from 2002 to 2007. With base pay remaining a top driver of attraction and retention for these employees, organizations will need to focus on allocating available resources toward rewarding top performers and employees with critical skills."

"Companies have been increasing performance expectations for individuals and the organization. Employees are feeling the stress of trying to meet these increasing demands, and many feel unsupported. Organizations that raise the performance bar without also increasing rewards to reflect these efforts are in danger of an erosion of employee engagement and performance," said Laurie Bienstock, North America Rewards leader at Towers Watson. "Companies will have to make up for these lower funding levels by doing a better job of differentiating rewards between top performers and underperformers."

Towers Watson (NYSE, NASDAQ: TW) is a leading global professional services company that helps organizations improve performance through effective people, risk and financial management. The company offers solutions in the areas of benefits, talent management, rewards, and risk and capital management. Towers Watson has 14,000 associates around the world and is located on the web at www.towerswatson.com.