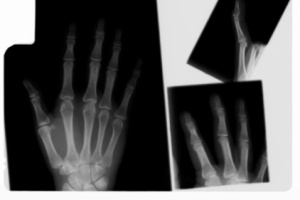 “Pinch points” are present in most mechanical devices that, in its operation, might pose a risk of injury to body parts.

A pinch point is defined as any point where it is possible for a body part to be caught between moving and stationary portions of equipment. If a worker or any parts of the worker’s body occupies that space during the pinching movement, there is a high probability of injuries such as fractures, amputations, or even death.

Recently, an employee sustained a finger injury due to a sudden movement of equipment he was working with, trapping his hand against stationary equipment. After investigation, it was discovered that the injury could have been prevented had the proper equipment been used.

In order to prevent accidents involving pinch points the following must be instilled into our everyday’s job: