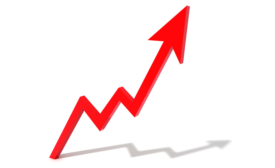 Machinery-related mining deaths up in the U.S.

A fatality earlier this month involving a hydraulic breaker represents a sharp uptick in U.S. mining industry deaths caused by machine accidents, according to the Mine Safety and Health Admininstration (MSHA). The 32-year-old general manager/owner and the excavator operator were in the process of positioning the excavator for a motor exchange when the hydraulic breaker attachment fell off the excavator and hit the victim.
Read More 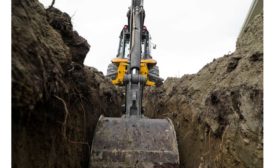 OSHA has cited Payne Enterprises Inc. – a plumbing contractor based in Dayton, Ohio – for exposing employees to multiple trenching and excavation hazards following an employee fatality. The company faces penalties of $145,860.
Read More

OSHA has cited Pukall Lumber Company Inc. – a lumber mill in Arbor Vitae, Wisconsin – for exposing employees to multiple safety hazards following a worker fatality. The company faces penalties of $348,467. An employee suffered fatal injuries when caught in an outdoor bark conveyor belt in January 2019. OSHA cited Pukall Lumber for two willful violations for failing to implement energy control procedures, and ensure the conveyer had adequate guarding to prevent employees from coming in contact with the moving parts.
Read More

A worker dies during a safety drill; safety certification for highway construction workers and California fast tracks a regulation to protect workers from wildfire smoke. These were among the top stories featured on ISHN.com this week.
Read More

A worker participating in an “aerial rescue drill” at the North Carolina Zoo died last week in a fall. News reports say 38-year-old Branson Joe Langley was killed when he fell 20-30 feet from a tree. The drill involved two arborists – one playing the role of a person trapped in a tree and the other performing a rescue.
Read More

A 24-year-old Wisconsin man died last week at an Amazon construction site in suburban Wisconsin after falling approximately 30 to 40 feet, police said. Police received a call at 10:09 a.m. for an industrial accident at the future Amazon site. Zachary Dassow of Kansasville, Wisconsin, was operating a four-wheel ATV on an upper floor and drove it out a window, falling more than 30 feet, according to police.
Read More

Construction worker dies after falling more than 30 feet off overpass

A construction worker died after he fell June 21st from the flyover being built over Beltway 8 near Highway 288 in the Houston area. The incident occurred about 4:30 a.m. along the South Beltway feeder road heading west toward Highway 288, according to Harris County Precinct 7. Houston firefighters say than man fell at least 30 feet from above, but it is not clear exactly where he fell from. They tried CPR on him when they arrived at the scene, but he did not survive.

A teenager who graduated from high school last month was killed July 2nd in a warehouse incident in Indiana. News sources say 18-year-old Timothy “TJ” Rich Jr. died at an Aldi warehouse in Greenwood. Rich was loading a truck when a dock plate – a device used to bridge the gap between a truck and the warehouse floor – came down, killing the teen.
Read More

A Long Island, New York construction company faces nearly a quarter of a million dollars in penalties in the death of an employee who was killed when a building he was working on collapsed. OSHA issued willful and serious citations against Northridge Construction Corp., with proposed fines of $224,620.
Read More

A failure to communicate resulted in death of NY transit worker

Two employees of New York City Transit (NYCT) were struck by a subway train – one fatally - because the Rail Control Center failed to let the train dispatcher and tower operator know that flaggers were on the track. That’s the conclusion of a just-released National Transportation Safety Board (NTSB) report on the incident, which occurred on November 3, 2016 in a tunnel between the Fort Hamilton Parkway and Church Avenue stations.
Read More
Previous 1 2 3 4 5 6 7 8 9 10 Next
Subscribe For Free!
More Videos