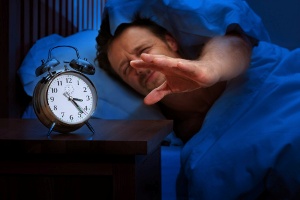 Tens of millions are spent reminding workers to work safely and be mindful of the many hazards they will inevitably face in the course of their workdays, but scarce little focus has been cast on one of the biggest contributors to workplace injuries: the lack of sleep. The tentative economic recovery has employers gun-shy about hiring, and as the pace of work picks up workers are increasingly fatigued trying to do more with less.

Many of us worry about not getting enough sleep, but how harmful is the lack of sleep? Very.  Consider the following:

Almost A Third Of Us Don’t Get Enough Sleep. According to Fox News, 30% of all American workers don’t get enough sleep (not on the job, of course). The U.S. Centers for Disease Control and Prevention reported last year that 50 million to 70 million American adults suffer from sleep and wakefulness disorders.

Drowsy Driving Is a Major Issue. The most common workplace fatality is a traffic accident on the job. Drowsydriver.org reports that 60% of adult drivers—about 168 million people —say they have driven while drowsy 37% (or 103 million people), have actually fallen asleep at the wheel.  The Federal Motor Carrier Safety Administration (FMCSA), more than 750 people die and 20,000 more are injured each year due directly to fatigued commercial vehicle drivers, and an estimated 20% of vehicle crashes are linked to drowsy driving.

The problem is bigger than just highway safety, according to Joseph Hallinan, in Why We Make Mistakes: How We Work Without Seeing, Forget Things In Seconds, And Are All Pretty Sure We Are Way Above Average nearly a dozen pilots fell asleep in midflight between 2003 and 2007, and when medical students reported working five or more marathon shifts in a single month caused the chance of making a mistake that harmed a patient went up 700%.

The Economy Isn’t Helping. Apart from the financial problems that keep you up at night, the floundering economy has made the workplace more dangerous in other ways, for example, studies have shown that workers with more than one job were significantly more sleep deprived, so those workers forced to moonlight to make ends meet are more likely to be sleep deprived.

Sleep Deprivation Contributes to Poor Decision Making.  According to Hallinan, even moderate sleep deprivation can cause brain impairment equivalent to driving while drunk AND has been shown to significantly increase an individual’s willingness to take risks.

What can be done?

The last thing that anyone needs or wants, is another thing for the safety guy to carp about, but all is not lost; experts at the National Sleep Foundation and elsewhere offers tips for getting a good night’s sleep:

Safety professionals should raise the awareness of this problem among workers and share tips for getting enough sleep, especially on the night shift