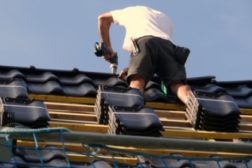 Six months after an accident that resulted in a worker being paralyzed, OSHA has concluded its investigation into the incident and issued three citations against the employer, Ryan Roofing Inc. The worker is paralyzed after falling 20 feet from the roof of a commercial building the company was replacing on Oct. 3, 2012.