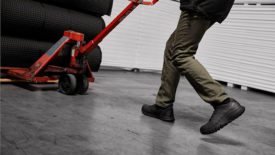 Robin Skillings
The COVID-19 pandemic impacted industries across the globe, with e-commerce being no exception. In fact, e-commerce sales have soared, increasing by over 33% in 2020 and projecting to grow another 13% in 2021.
Read More 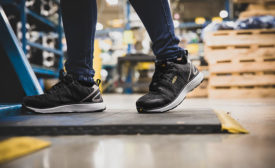 Significant strides
Robin Skillings
The market for safety footwear has expanded over time as more workplaces have required foot protection from impact, electric shock and chemical hazards as well as enhanced slip resistance in both indoor and outdoor work environments.
Read More 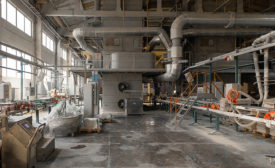 How to identify and correct IAQ issues at manufacturing facilities

Chris Fluharty
Indoor air quality (IAQ) refers to the air quality within and around buildings and structures, especially as it relates to the health and comfort of building occupants.
Read More

“Aluminum Shapes continues to disregard their legal responsibility to comply with safety and health standards"
OSHA has cited Aluminum Shapes LLC for workplace safety and health hazards after a crane operator was injured in August 2019 at the aluminum manufacturer’s Delair, New Jersey, foundry. The company faces $169,524 in penalties for these violations.
Read More

The family of a Kentucky man killed in a workplace incident has filed a lawsuit against his employer, GE Appliances, and other parties. Steve Herring, who’d worked for the company for more than two decades, died in February after being pinned by machinery while working on a refrigerator-building assembly line. News sources are reporting that the state OSHA’s investigation into the fatality found that it could have been caused by an inadvertent activation of an improperly positioned gate interlock control. 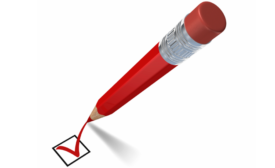 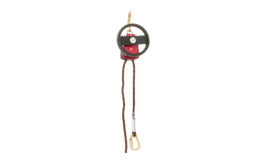 The most versatile constant rate descender on the market with models for both automatic hands-free operation and multiple descents with advanced rescue functionality. The patented MAX 300 is a multiple user device designed to be used attached to the anchor point in regular or inverted.

Samsung apologizes for work-related illnesses at its factories

Samsung Electronics has publicly apologized for the illnesses and deaths of some of its employees at its computer chip and display factories and agreed to pay compensation up to 150 million Korean won (~$130,000) per illness. News sources report that Samsung Electronics chief executive Kim Ki-nam, speaking at a press conference, acknowledged that the company “did not fully and completely manage potential health risks at our chip and liquid-crystal display production lines.”
Read More

BLS: Occupational injuries down in 2016

Private industry employers reported nearly 48,500 fewer nonfatal injury and illness cases in 2016 compared to a year earlier, according to estimates released yesterday from the U.S. Bureau of Labor Statistics’ (BLS) Survey of Occupational Injuries and Illnesses (SOII). There were approximately 2.9 million nonfatal workplace injuries and illnesses reported by private industry employers in 2016, which occurred at a rate of 2.9 cases per 100 full-time equivalent (FTE) workers.
Read More 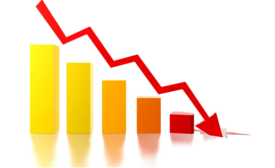