Environmental Litigation Group P.C.
The airports across the United States have been using aqueous film-forming foam (AFFF), the premier firefighting foam in the United States for several decades. AFFF contains per- and poly-fluoroalkyl substances (PFASs), which are a large family of man-made fluorinated chemicals with thermal stability that enhances its ability to rapidly extinguish hazardous fires.
Read More

The U.S. Department of Labor’s Office of Workers’ Compensation Programs (OWCP) announced changes to the self-insurance process for coal mine operators that it says will better support the Black Lung Disability Trust Fund. The Black Lung Benefits Act requires each coal mine operator to secure the payment of its potential benefits liability by either qualifying as a self-insurer or by purchasing and maintaining a commercial insurance contract.
Read More

The coronavirus continues to claim victims; new incidents at Chevron’s Richmond, California refinery and OSHA launches a website to help it commemorate its 50th anniversary. These were among the top stories featured on ISHN.com this week.
Read More

The burden of work-related asthma

Mary Jo Reilly MS
Over 300 workplace substances have been identified to cause new-onset asthma and the list continues to grow 1, 2. Other substances can aggravate pre-existing asthma, causing increased illness and medication requirements. Work-related asthma (WRA) comprises both new-onset and work-aggravated asthma3. An estimated 15-55% of all adult asthma is related to work4-7.
Read More 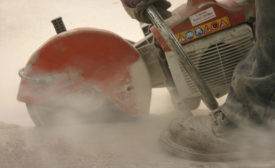 OSHA has made changes to its national emphasis program (NEP) on silica, which is intended to identify and reduce or eliminate worker exposures to respirable crystalline silica (RCS) in general industry, maritime, and construction. The NEP targets specific industries expected to have the highest exposures to RCS.
Read More

Respirable quartz and dust fell to all-time low
There were 24 mining fatalities in the U.S. in 2019, the U.S. Department of Labor’s Mine Safety and Health Administration (MSHA) reports. This is the fewest annual fatalities ever recorded, and only the fifth year in MSHA’s 43-year history that mining fatalities were below 30.
Read More 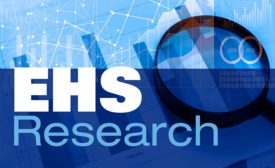 Workplace toxins that are inadvertently tracked by employees into their homes serve “as an intriguing example of how occupational conditions can have broader public health consequences,” according to scientists who’ve studied the problem. In Eliminating Take-Home Exposures: Recognizing the Role of Occupational Health and Safety in Broader Community Health, researchers reframe the problem as one arising from unsanitary worker behavior – the current thinking – to a larger issue that needs to be viewed through an ecosocial lens in order to institute effective prevention.
Read More

Australia’s largest union representing workers in construction, forestry, maritime and mining and energy is demanding urgent national action on silicosis after revelations that 1-in-5 Queensland stone workers tested positive to the potentially fatal disease. The Construction, Forestry, Maritime, Mining and Energy Union (CFMEU ) says the severity of the risks associated with engineered stone products calls for a nationally coordinated approach rather than piecemeal regulations and health monitoring programs.
Read More

With 2020 barely underway, the poultry industry has already experienced two workplace fatalities, at facilities in two different states. The National Council for Occupational Safety and Health (National COSH) says those incidents, along with a government-approved increase in line speeds at poultry slaughterhouses, illustrate the need for safety reforms in the industry. The poultry industry maintains that employees are considerably safer now on the job than in the past, and points to Bureau of Labor Statistics (BLS) data to back up that claim.
Read More

When OSHA celebrates an anniversary, it does it up big. The federal agency otherwise known as the U.S. Department of Labor's Occupational Safety and Health Administration (OSHA) plans to commemorate its 50th anniversary this year with a yearlong celebration of past achievements, current events and future initiatives. The Williams-Steiger Occupational Safety and Health Act signed into law by President Richard M. Nixon on December 29, 1970 – that one that created OSHA – gave the federal government the authority to set and enforce safety and health standards for most of the country's workers.
Read More
More Articles Tagged with 'occupational illness'
Subscribe For Free!
More Videos