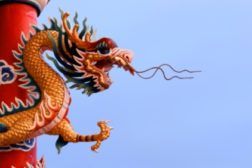 The death toll from Monday’s poultry plant fire in China has reached 119. Sources say the fire was caused by leakage in tanks of ammonia used as a coolant. In a scene reminiscent of New York’s fatal Triangle Shirtwaist Factory fire in 1911, there were reports that workers trying to escape the fire found exits locked – to prevent theft and to keep them from stepping outside for breaks.