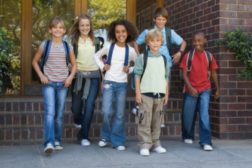 Two million more children in the United States have been diagnosed with attention-deficit/hyperactivity disorder (ADHD) and one million more U.S. children were taking medication for ADHD over an 8 year period (2003-2004 to 2011-2012), according to a new study led by the Centers for Disease Control and Prevention (CDC).