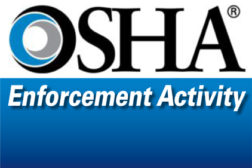 OSHA personnel who followed up on a complaint and inspected a Georgia elementary school that was being demolished found that Thompson Building Wrecking Co., Inc. was knowingly exposing workers to asbestos-containing debris being moved by a skid steer loader with a grapple attachment. The debris had been allowed to accumulate on the ground.

We will explore fall protection equipment, how to use it properly, and why you should upgrade your Fall Protection Program yearly and after every incident.

During this webinar, we will share knowledge, real world examples, and lessons learned from years of Safety Management Experience gained from working with OSHA, and various industries including defense, construction, utilities, and industrial facilities management.
View All Submit An Event