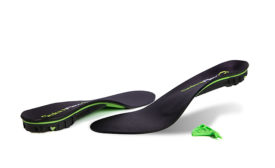 As the second leading preventable workplace injury, falls plague the workforce. The impact of fall related injuries is felt heavily in service-providing industries as well as transportation, utilities and the health care sector. 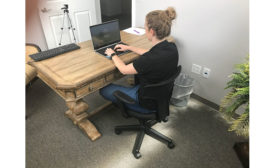 Emily Warner MA Jack Lu PhD, CPE
In October 2017 we published the first blog in a series to highlight musculoskeletal health research at NIOSH. With the holiday season upon us, this next installment will take the opportunity to discuss how best to promote musculoskeletal health in retail establishments to reduce the incidence of musculoskeletal disorders among temporary retail workers.
Read More 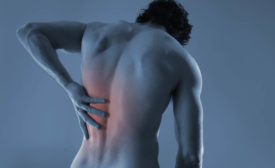 The NIOSH Lifting Equation mobile application, NLE Calc, is a tool to calculate the overall risk index for single and multiple manual lifting tasks. This application provides risk estimates to help evaluate lifting tasks and reduce the incidence of low back injuries in workers.
Read More

Exoskeletons in Construction: Will they reduce or create hazards?

Wearable exoskeleton devices can reduce some of the mechanical stress of manual labor (1). These wearable machines can be powered by electricity or by human motion, and they can be as large as a space suit or as small as a glove.
Read More

United Airlines baggage handlers will get some protection from ergonomic hazards in the workplace, under what the U.S. Department is calling “a precedent-setting agreement” with the airline. The agreement settles a lawsuit filed by the department on behalf of OSHA to eliminate several hazardous conditions its inspectors identified in United's baggage-handling operation at Newark Liberty International Airport, where United baggage handlers reported at least 622 musculoskeletal injuries from 2011 to January 2015. 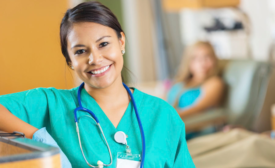 How one supermarket chain is preventing MSDs among its warehouse workers

Before consumers get to choose products in the supermarket, workers in warehouses nationwide pack bulk quantities of merchandise onto wooden pallets and load them onto delivery trucks. The nature of this work puts the people who do it at risk for serious sprains, strains and other musculoskeletal injuries.

Employees at a Cincinnati nursing care facility will benefit from improvements the company is making to its policies and procedures for transferring residents at Twin Towers, a provider of skilled nursing care services.