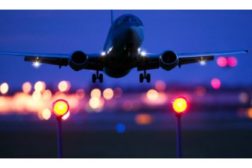 Anatomy of a plane crash

The National Transportation Safety Board (NTSB has determined that the pilot in a fatal 2013  plane crash in Thomson, Georgia lacked adequate system knowledge for the airplane he was flying. Consequently -- according to the NTSB’s report into the accident -- the pilot did not adhere to the airplane’s flight manual procedures for antiskid failure in flight and did not retract the lift dump -- a critical system to assist in stopping the aircraft -- immediately after making the decision to perform a go-around.