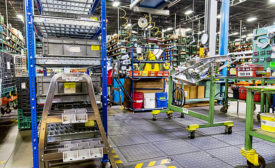 Warehouse hazards are often the cause of workplace accidents. Choosing the correct type of storage will greatly reduce the potential hazard in a facility. The correct storage medium will reduce improper lifting, reaching and travel distance to retrieve an item.

Unsafe shortcuts lead to worker deaths, how to liven up safety trainings and the feds limit opioid prescriptions for injured workers. These were among the top occupational safety and health stories featured on ISHN.com this week.
Read More

Had stopped so companies wouldn't have implied culpability

Under pressure from worker safety advocates, the U.S. Chemical Safety Board (CSB) has decided to return to a policy of including the names of deceased workers in its investigative reports. The CSB, an independent federal agency charged with investigating industrial chemical incidents, has included names of fatally injured workers in its reports since 2014. The agency changed its policy in June with the release of two reports on fatal incidents.

A spate of recent struck-by accidents in Texas, Indiana and Florida have left three workers dead – and OSHA investigators busy. In Robertson County, Texas, an employee at a used auto parts business died when a vehicle fell on him. OSHA is investigating the incident at Abco Auto Parts, which claimed the life of 43-year-old Carmelo Aguirre-Ortega on August 19th.
Read More

Falls in construction can lead to traumatic brain injuries 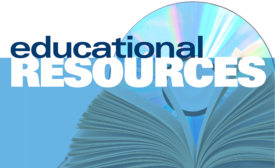 Oregon OSHA has launched a free online course to help employers and workers across the state meet the agency’s requirements to eliminate fall hazards, prevent falls, and ensure that workers who do fall do not die. The two-hour course, “Fundamentals of Fall Protection,” includes six parts with 28 videos and is designed to supplement employers’ fall protection training programs.
Read More

Dropped objects the focus of a construction safety campaign this week

An effort currently underway - timed to coincide with Construction Safety Week - is aimed at preventing fatalities and injuries from dropped objects. Through its 2019 Safety at Heights campaign, the International Safety Equipment Association (ISEA) The campaign is providing employers and workers educational information at SafetyAtHeights.org.
Read More

Strains, cuts and slip and falls are the top causes of injuries in Colorado’s cannabis industry, according to Pinnacol Assurance, the state’s largest workers’ compensation insurer. Pinnacol recently released an analysis of the cannabis industry’s most common occupational injury trends in Colorado.
Read More

Mass. laborer dies in fall from a home under construction

On January 14, 2016, a 22-year-old male laborer/carpenter (victim) employed by a residential contractor was fatally injured after falling from a single family house under construction. While on the top plate of a studded exterior second story wall, the victim lost his balance and fell approximately 24 feet to the frozen ground below. The fall was not witnessed by any of the co-workers onsite, but the site foreman heard a noise and while trying to determine what the noise was he found the victim on the ground.
Read More
More Articles Tagged with 'workplace accidents'
Subscribe For Free!
More Videos