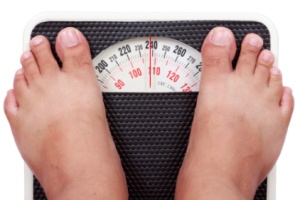 "Obesity-attributable absenteeism among American workers costs the nation an estimated $8.65 billion per year," report Tatiana Andreyeva, PhD, of Yale University and colleagues. The researchers analyzed nationally representative data to assess obesity-attributable workdays missed due to health, and the associated costs on the state level.

The results showed that obese workers missed significantly more work days: an average of 1.1 to 1.7 additional absences per year, compared to normal-weight workers. There was no increase in absences for workers who were overweight but not obese.

The costs associated with obesity-related absences varied by state, mainly reflecting variations in average daily earnings. Obesity accounted for an average 9.3 percent of total absenteeism costs, ranging from 6.5 percent in the District of Columbia to 12.6 percent in Arkansas.

Obesity is associated with high direct costs for medical care, but the societal costs due to health-related work absences and reduced productivity could be even higher. Because many obesity-related policies are made on the state and local levels, it is important quantify the costs of obesity at these levels.

Dr. Andreyeva and colleagues conclude, "Obesity-attributable costs of absenteeism are substantial and impose a considerate financial drain on states" Calling for further research, they add, "It is important to discuss further how these costs vary across employers, employees, and industries, and what policies prove effective in reducing productivity losses of obesity."

About ACOEM — ACOEM (www.acoem.org), an international society of 4,500 occupational physicians and other health care professionals, provides leadership to promote optimal health and safety of workers, workplaces, and environments.