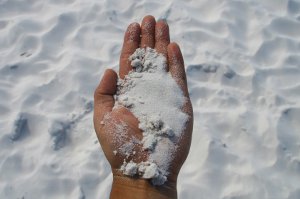 For the purpose of developing injury prevention strategies, many health and safety agencies include only disorders that develop gradually and are caused by the overuse of the above constituents of the musculoskeletal system. The traumatic injuries of the muscles, tendons and nerves due to accidents are not considered to be WMSDs or are considered separately. However, there are organizations, such as the European Agency for Safety and Health at Work, that include acute traumas and fractures within in the WMSD group.

Almost all work requires the use of the arms and hands. Therefore, most WMSD affect the hands, wrists, elbows, neck, and shoulders. Work using the legs can lead to WMSD of the legs, hips, ankles, and feet. Some back problems also result from repetitive activities.

Are there other names for WMSDs?

WMSDs are very difficult to define within traditional disease classifications. These disorders have received many names, such as:

Most of the names do not accurately describe the disorders. For example, the term "repetitive strain injuries" suggests that repetition causes these disorders, but awkward postures also contribute. These terms are used synonymously. In the absence of an agreement, WMSD term is used in this document.

What are the risk factors for WMSDs?

WMSDs arise from arm and hand movements such as bending, straightening, gripping, holding, twisting, clenching and reaching. These common movements are not particularly harmful in the ordinary activities of daily life. What makes them hazardous in work situations is the continual repetition, often in a forceful manner, and most of all, the speed of the movements and the lack of time for recovery between them. WMSDs are associated with work patterns that include:

Generally, none of these factors acts separately to cause WMSD. WMSDs commonly occur as a result of a combination and interaction among them.

Heat, cold and vibration also contribute to the development of WMSD.

WMSDs include three types of injuries:

When muscles contract, they use chemical energy from sugars and produce by-products such as lactic acid which are removed by the blood. A muscle contraction that lasts a long time reduces the blood flow. Consequently, the substances produced by the muscles are not removed fast enough, and they accumulate in the muscles. The accumulation of these substances irritates muscles and causes pain. The severity of the pain depends on the duration of the muscle contractions and the amount of time between activities for the muscles to get rid of those irritating substances.

Tendons consist of numerous bundles of fibres that attach muscles to bones. Tendon disorders related to repetitive or frequent work activities and awkward postures occur in two major categories --tendons with sheaths (Fig. 1), found mainly in the hand and wrist; and tendons without sheaths (Fig. 2), generally found around the shoulder, elbow, and forearm.

The tendons of the hand are encased in sheaths through which the tendon slides.

The inner walls of the sheaths contain cells that produce a slippery fluid to lubricate the tendon. With repetitive or excessive movement of the hand, the lubrication system may malfunction. It may not produce enough fluid, or it may produce a fluid with poor lubricating qualities. Failure of the lubricating system creates friction between the tendon and its sheath, causing inflammation and swelling of the tendon area. Repeated episodes of inflammation cause fibrous tissue to form. The fibrous tissue thickens the tendon sheath, and hinders tendon movement. Inflammation of the tendon sheath is known as tenosynovitis.

When inflamed, a tendon sheath may swell up with lubricating fluid and cause a bump under the skin. This is referred to as a ganglion cyst.

Tendons without sheaths are vulnerable to repetitive motions and awkward postures. In fact, when a tendon is repeatedly tensed, some of its fibres can tear apart. The tendon becomes thickened and bumpy, causing inflammation. Tendonitis is the general term indicating inflammation of the tendon. In some cases, such as in the shoulder, tendons pass through a narrow space between bones. A sac called the bursa filled with lubricating fluid is inserted between the tendons and the bones as an anti-friction device. As the tendons become increasingly thickened and bumpy, the bursa is subject to a lot of friction and becomes inflamed. Inflammation of the bursa is known as bursitis.

Nerves carry signals from the brain to control activities of muscles. They also carry information about temperature, pain and touch from the body to the brain, and control bodily functions such as sweating and salivation. Nerves are surrounded by muscles, tendons, and ligaments. With repetitive motions and awkward postures, the tissues surrounding nerves become swollen, and squeeze or compress nerves

Compression of a nerve causes muscle weakness, sensations of "pins and needles" and numbness.

Dryness of skin, and poor circulation to the extremities, may also occur.

What are the symptoms of WMSDs?

Pain is the most common symptom associated with WMSDs. In some cases there may be joint stiffness, muscle tightness, redness and swelling of the affected area. Some workers may also experience sensations of "pins and needles," numbness, skin colour changes, and decreased sweating of the hands.

WMSDs may progress in stages from mild to severe.

The evaluation of WMSDs includes identifying workplace risks. Evaluation begins with a discussion of the person's employment and requires a detailed description of all the processes involved in a typical workday. Consideration is given to the frequency, intensity, duration, and regularity of each task performed at work.

Diagnosis of WMSDs is confirmed by performing laboratory and electronic tests that determine nerve or muscle damage. One such test, electroneuromyography (ENMG), encompasses two areas: electromyography (EMG) and nerve conduction velocity (NCV). Magnetic resonance imaging (MRI), an alternative to x-rays, provides images of tendons, ligaments, and muscles and improves the quality of the diagnostic information.

The treatment of WMSDs involves several approaches including the following:

The first approach to treatment of WMSDs is to avoid the activities causing the injury. This often requires work restrictions. In some cases, transfer to a different job should be considered. A splint can also be used to restrict movements or to immobilize the injured joint. However, the use of splints in occupational situations requires extreme caution. If used inappropriately, splints can cause more damage than good. Splints are usually used for two reasons: to mechanically support a joint where an excessive load on the joint is anticipated, or to restrict the movement of the injured joint.

In the occupational context, splints should not be used as a mechanical support for the joint. Instead, the job should be redesigned to avoid the extreme load on the worker's joint in the first place. To be effective, the use of splints to immobilize an affected joint also requires that the work activity that caused the injury be stopped or changed. If injurious work continues, then the worker is exposed to risk of injury to other joints that have to compensate for the one that is splinted.

Application of heat or cold

Applying heat or cold seems to relieve pain and may accelerate the repair process.

Cold reduces pain and swelling and is recommended for injuries and inflammations (tissues that are swollen, red, hot and inflamed). The use of ice it is not recommended in case of muscle pain (spasm) because cold temperature will contract the muscle even more. Application of ice on painful muscle is recommended only immediately after an injury occurred, and only for few days.

Heat is recommended for muscle pain relief. Heat increases the flow of blood which facilitates the elimination of lactic acid build up. It is not recommended for injuries with significant inflammation and swelling.

Stretching is beneficial because it promotes circulation and reduces muscle tension. However, people suffering from WMSDs should consult a physical therapist before exercising. Stretching or exercise programs can aggravate the existing condition if not properly designed.

Anti-inflammatory drugs can reduce pain and inflammation. The doctor may try more elaborate treatments or even surgery if all other approaches fail.

Hazards are best eliminated at the source; this is a fundamental principle of occupational health and safety. In the case of WMSDs, the prime source of hazard is the repetitiveness of work. Other components of work such as the applied force, fixed body positions, and the pace of work are also contributing factors. Therefore the main effort to protect workers from WMSDs should focus on avoiding repetitive patterns of work through job design which may include mechanization, job rotation, job enlargement and enrichment or teamwork. Where elimination of the repetitive patterns of work is not possible or practical, prevention strategies involving workplace layout, tool and equipment design, and work practices should be considered.

One way to eliminate repetitive tasks is to mechanize the job. Where mechanization is not feasible or appropriate, other alternatives are available.

Job rotation is one possible approach. It requires workers to move between different tasks, at fixed or irregular periods of time. But it must be a rotation where workers do something completely different. Different tasks must engage different muscle groups in order to allow recovery for those already strained.

Another approach is job enlargement. This increases the variety of tasks built into the job. It breaks the monotony of the job and avoids overloading one part of the body. Job enrichment involves more autonomy and control for the worker.

Team work can provide greater variety and more evenly distributed muscular work. The whole team is involved in the planning and allocation of the work. Each team member carries out a set of operations to complete the whole product, allowing the worker to alternate between tasks, hence, reducing the risk of WMSDs.

Proper design of tools and equipment significantly decreases the force needed to complete the task.

Providing the worker with the proper jigs or fixtures for tasks that require holding elements saves a lot of muscular effort in awkward positions.

Good tools, maintained carefully and where necessary frequently changed, can also save a lot of muscle strain.

A well-designed job, supported by a well-designed workplace and proper tools, allows the worker to avoid unnecessary motion of the neck, shoulders and upper limbs. However, the actual performance of the tasks depends on individuals.

Training should be provided for workers who are involved in jobs that include repetitive tasks. Workers need to know how to adjust workstations to fit the tasks and their individual needs. Training should also emphasize the importance of rest periods and teach how to take advantage of short periods of time between tasks to relax the muscles, and how to consciously control muscle tension throughout the whole work shift.

Increased communication and support together with an increased ability of the worker to control his job (where possible) are work practices that improve worker’s satisfaction and have a positive impact on reducing the risk of WMSDs.