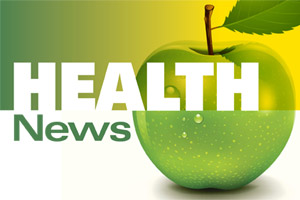 The productivity benefits of improved health are "cumulative over time," highlighting the need for companies to make "continuous investments in the culture of health," according to the study by Laura Haglund-Howieson, MBA, of StayWell in St Paul, Minn., and colleagues.

The researchers analyzed health assessment surveys from nearly 97,000 workers between 2009 and 2011. The employees' "Health Risk Scores" were analyzed as predictors of work absenteeism as well as "presenteeism" — health-related issues limiting work ability.

At the initial survey, there was a "fairly strong correlation" between health risks and productivity. In addition, reductions in health risks between surveys were related to improved productivity in future years — an effect that was cumulative over time.

"The key implication is that health improvements must be maintained over time so the productivity impacts can accumulate," Haglund-Howieson and coauthors write. They note that average health risks decreased "slightly but significantly" over the three years of the study — probably because of the health promotion programs that were available to employees.

Other factors in play

The effects of changes in health risks were relatively small, suggesting that other factors not considered in the study also affect productivity. The researchers suggest that additional types of policies — such as flexible work times and worker recognition programs — may be necessary to improve productivity for all workers.

About ACOEM — ACOEM (www.acoem.org), an international society of 4,500 occupational physicians and other health care professionals, provides leadership to promote optimal health and safety of workers, workplaces, and environments.