A curious case of reg relief: issue another standard 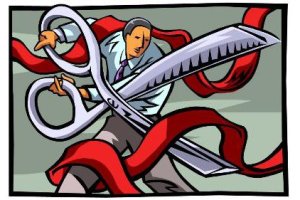 OK, we all know a lousy economy and government regulations mix like oil and water. So it comes as no surprise that the Obama administration on August 23 announced with fanfare sweeping government-wide regulatory reform plans to save businesses, especially small businesses, tons of money, boost competitiveness, and strengthen a very wobbly economy.

Every administration takes a stab at reg reform. And it’s always the little guy who will particularly be saved.

Republicans might call it reg relief, but but that’s a bit too harsh for Democrats.

Reg reform has shadowed OSHA for most of its 40+ year history. In 1981 Ronald Reagan withdrew OSHA “midnight” standards that had been issued in the waning days of the Carter administration. In the 1990s OSHA was the poster child for the Clinton administration’s vaunted “reinvention” of regulators to become more “customer-friendly.” The Bush II years got underway by ordering the Congressional repeal of OSHA’s ergonomics standard.

In January of this year, President Obama ordered what the White House trumpeted as “an unprecedentedly ambitious government-wide review of existing federal regulations.” The age-old objective: eliminate red tape and streamline requirements.

The result, in terms of OSHA actions, is indeed unprecedented: Regulatory refrom by addition, not substraction. The Obama administration makes the case that in promulgating the long-delayed Global Harmonization Standard (GHS) to align the hazard communication rule with United Nations requirements for hazardous chemical labeling and material safety data sheets, industry will actually save time and money. Safety and health managers will have more time to be productive, according to the plan.

Here’s the administration’s logic: “First, the harmonization of hazard classifications, safety data sheet (SDSs) formats, and warning labels will yield substantial savings to businesses. On the producer side, fewer different SDSs will have to be produced for affected chemicals, and many SDSs will be able to be produced at lower cost due to harmonization and standardization.

“Second, for users, OSHA expects that they will see reductions in operating costs due to the decreased number of SDSs, the standardization of SDSs that will make it easier to locate information and determine handling requirements, and other factors related to simplification and uniformity that will improve workplace efficiency.

“Finally, OSHA estimates that the revisions to the HCS will result in reductions in the cost of training employees on the HCS in future periods because standardized SDS and label formats will reduce the amount of time needed to familiarize employees with the HCS and fewer systems will have to be taught since all producers will be using the same system.”

Publishing a final GHS rule is not the only way business will benefit from this sweeping, unprecedented review of regulations, according to the administration. In a show of outreach and openness, OSHA collected public comments in recent months on how reg burdens could be eased.

The final tally, as announced by the administration: “The OSHA item that received the most votes related to whistleblower protections and recommended a series of enhancements to the existing programs, including increasing the filing time, increasing enforcement and making the filing process more user-friendly. Commenters also suggested that, as a result of new scientific research, OSHA should revisit the Permissible Exposure Limits (PELs) set by its current standards.”

This is nifty partisan spin. Ease red tape burdens and boost competitiveness by “enhancements” to regulations. Increase whistleblower enforcement. Perhaps take on the mammoth task of lowering hundreds of PELs.

I think the woefully outdated PELs must somehow be updated, though previous attempts have come to nothing and no one has a sound idea for how to accomplish updating. And OSHA should have the back of legitimate whistleblowers.

But to claim regulatory streamlining includes issuing new requirements to the hazcom standard, one of OSHA broadest rules, increasing certain types of enforcement and lowering PELs involves logic and cost-benefit accounting all too characteristic of Washington politics.