How can it be…

Safety sales up in a down economy? 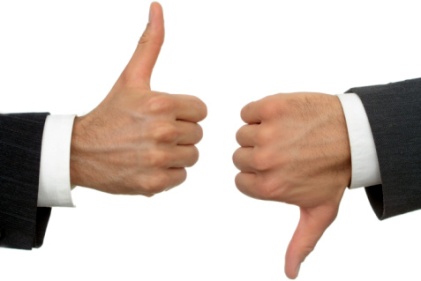 Here in the muddle of confounding and generally depressing economic news, many safety products manufacturers, distributors and manufacturers’ sales reps tell us they are having a good year.

● MSC Industrial Direct’s balance sheet tells a similar tale: net sales rose 18.2 percent in MSC’s fiscal third quarter 2011. For the first nine months of fiscal 2011, MSC net sales increased 21 percent and operating income increased 49.9 percent compared to a year ago. MSC is poised to cross over the $2 billion annual revenue mark for the first time, according to the company.

What’s going on here? On September 8, 2011, The New York Times reported, “the odds that the American economy is falling into a double-dip recession have risen sharply in recent weeks.”

No kidding. Unemployment remains stubbornly high at 9.1 percent as of this writing. Gross Domestic Product (GDP) growth has been anemic in 2011: increasing 0.4 percent in the first quarter and 1.0 percent in the second quarter. Consumer confidence is tanking. Three in ten workers are worried they could soon be laid off, double the level recorded in August, 2011, according to Gallup. Anxious consumers, not surprising, are cutting back on spending. The majority of Americans believe the country is “on the wrong track.”  And more than eight in ten Americans think the U.S. economy is in another recession, according to a CNN poll released in September.

“I can’t put my finger on it,” says a manufacturers’ rep firm owner, trying to explain his company’s growth this year. “Our business is all centered around bodies to protect. Employment numbers will never be what they once were in some of our key markets. The numbers don’t make sense.”

“It is a puzzlement,” says Dan Shipp, president of the International Safety Equipment Association. “We also hear from members that sales are good.”

“This is a head-scratcher,” says recruiter and long-time safety industry vet Herb Niles. “There is an absolute disconnect between the doom and gloom news and what we hear from our clients and the reality of our business activity. Most of the folks I speak with are up anywhere from low double-digits to 30 percent and more. Not only is our business humming along; other headhunters say the same. Many of our talent searches have related to territory expansion and especially new engineers, which a lot of companies are desperate to hire and can’t fill the jobs. It’s not just about replacements.

“Frankly it surprises me to hear that sales are up,” says Kevin Brown, experienced in senior-level sales, marketing, business development and distribution. “OSHA is no kind of sales driver anymore. I can’t remember the last time I heard someone talk about an OSHA inspection. Construction is in the dumps. Most companies I work with are flat or maybe up slightly in sales.

Here are seven factors that could explain the “disconnect” between what appears to be in 2011 a fairly robust safety industry and a dismal U.S. economy:

3  — “Many end users are shopping for availability when they are ready to buy,” explains one safety distribution vet. “They say, ‘I need X number of harnesses or hard hats and if you have them in stock and can ship in the next two days, I’ll buy them. If not, I try someone else.’ Many distributors have lowered their inventory levels. Grainger touts that they are keeping strong inventory on hand. Suppliers that ship complete and on time have value again. Service factors are very real to buyers now.”

Mergers and acquisitions consultant Mike Canon of Brooksville Consulting agrees: “Many of the mega-distributors sales are up due to their pricing and cost advantages, superior IT operations, and more sophisticated marketing. I am not sure the average distributor is up much.”

4  — The mega-distributors reap benefit from contract sales. “All of them focus on MRO contracts where they supply toilet paper to fall protection,” says one safety industry vet. “As these consolidation contracts grow, they sell cost-savings to the end-user. The big guy’s sales will be up, but mostly at the loss to t he little guy. The big distributors are cannibalizing smaller distributor business, especially with large end-users.”

5  — International sales must be accounted for. Says Shipp: “Large distributors are selling to U.S.-based global companies that prefer to source in the U.S. for operations in other parts of the world.”

“Grainger references strength in overseas markets as a key reason for their success,’ says one source. “The International Safety Equipment Association forwarded to members report stating that Brazil’s protective clothing market is growing at double the rate of the country’s GDP. There are strong economies in the world if one can reach them.”

7  — Pockets of geography within the U.S. also make a difference. If you’re a safety distributor in North Dakota, life might be good. North Dakota’s GDP increased 7.1 percent between 2009-2010, according to the U.S Bureau of Economic Analysis. That’s the strongest growth of any of the 50 states, thanks in large measure to mining. Durable-goods manufacturing contributed more than two percentage points to growth in Michigan, Indiana, Wisconsin and Tennessee.

Since no one can figure out current economic ups and downs, future predictions must be taken with a ton of salt. As The New York Times reported, “As a group, the nation’s professional forecasters have failed to predict all recessions since the 1970s, according to data kept by the Philadelphia Fed.” Forecasters on Wall Street and elsewhere aren’t blind to change, they usually just underestimate its severity, according to the article.

Still, here are a few predictions:

● “Companies might continue to invest in PPE because it is cheaper than re-engineering the workplace,” says the ISEA’s Dan Shipp. “Even after re-engineering, you’ll still need PPE unless you have completely automated all your hazardous operations. High-viz garments do nicely because of regulatory requirements for their use and the fact that they have a limited lifetime. Disposable and limited-use PPE, whether respirators, clothing or earplugs, will have to be replenished. Shoes and boots, and even hard hats, wear out.”

● “The one push I see from OSHA regards arc/flash fire protections and inspections, especially requirements relating to the petrochem industry. FR clothing companies are seeing an uptick from this,” says Kevin Brown.

● “For every up there is a down, or two,” says a safety products manufacturer general manager. “Every time you start to think it seems like a bad year is coming, a big order lands. A lot depends on inventory levels and the ability to ship quickly. So manufacturers and distributors will have very slow months with few orders followed by good months followed by another slow one. The larger distributors and manufacturers may be better able to absorb the ebbs and flows without overreacting.”

● Says this manager: “In the next few years we’ll see more significant consolidation among distributors in industrial safety than at any time before. There will be three or four companies that will continue to be aggressively acquisitive. We may even see the first safety specialist distributor with $1 billion in annual sales.”