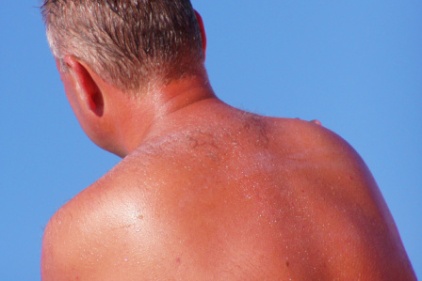 More than 45,000 cases of melanoma occurred in 45 states and the District of Columbia each year during 2004-2006, according to a report by the Centers for Disease Control and Prevention. Skin cancer is the most common form of cancer in the United States. Melanoma is the third most common skin cancer, but is more dangerous and more likely to cause death than other skin cancers, causing 8,000 U.S. deaths and costing billions of dollars each year.

“Melanoma is a devastating disease that takes an economic toll on individuals, their families, and society in terms of premature death and lost productivity,” said Marcus Plescia, M.D., M.P.H., director of CDC’s Division of Cancer Prevention and Control. “New policies and prevention strategies are needed to address the leading preventable causes of melanoma, enabling people to be healthier, live longer, and continue to be productive.”

Melanoma involves cells called melanocytes, which produce a skin pigment called melanin responsible for skin and hair color. Melanoma can spread very rapidly. Although it is less common than other types of skin cancer, the rate of melanoma is steadily increasing.

It is important to find and treat melanoma and any other form of skin cancer early. If left untreated, they can grow quite large and invade nearby tissues, causing scarring, disfigurement, and loss of function in some parts of the body and, in some cases, death.

The journal supplement of 15 articles focuses on melanoma surveillance, trends, and survival rates. Many of the studies used data from CDC’s National Program of Cancer Registries and the National Cancer Institute’s Surveillance, Epidemiology and End Results Program—together covering the largest percentage of the U.S. population ever studied.

Significant findings from articles included in the supplement:

The study also found that a person who died of melanoma between, 2000-2006 died 20 years prematurely, compared to 17 years from other cancers.

In 2005, 34 percent of adults had been sunburned in the past year, and in 2004, 69 percent of adolescents experienced sunburn the previous summer according to a study led by David Buller, Ph.D., Klein Buendel, Inc., which examined the prevalence of sunburn, sun protection, and indoor tanning behaviors.

A study led by Todd Cartee, M.D., Emory University, surveyed a small group of dermatologists and found that many were not aware of reporting requirements, although physicians are required by law to report melanomas to central cancer registries.

CDC recommends that people take steps to protect themselves from skin cancer by:

Information about CDC’s efforts in skin cancer prevention is at: www.cdc.gov/cancer/skin/. For more information from the American Academy of Dermatology on skin cancer, visit http://www.aad.org/skin-conditions/dermatology-a-to-z/skin-cancer. Podcasts about the supplement can be accessed at www.cdc.gov/podcasts.