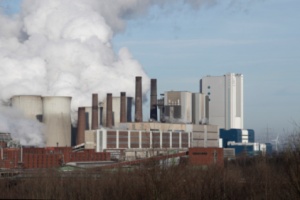 The National Association of Manufacturers (NAM) has come out in opposition to the Utility MACT rule released recently by the Environmental Protection Agency (EPA). The Hazardous Air Pollution MACT rule is intended to protect public health from the effects of air pollution and will require coal-fired power plants to limit their emissions of hazardous air pollutants, including mercury, by January 2015.

NAM President and CEO Jay Timmons predicted that the regulation will damage the economy and job growth.

"In 2015 alone, Utility MACT will cost $11.4 billion. Utility companies have made clear that they will be forced to shut down power generation plants throughout the country, and the reliability of the power grid will be threatened if this rule is implemented," said Timmons.

He called the EPA's agendy an "overly agressive" one that is harming manufacturers' ability to compete.

"Electricity prices will go up with this regulation, impacting many consumers nationwide. Manufacturers use one-third of our nation’s energy supply, so a jump in energy prices will have a devastating impact on companies of all sizes, harming their ability to create jobs, invest and grow.
The cumulative burden manufacturers are facing from EPA regulations such as Boiler MACT, national ambient air quality standards, the Cross-State Air Pollution Rule and various other MACT regulations is causing uncertainty for job creators throughout the economy."