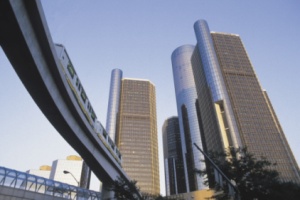 The deep recession in Michigan is impacting the workers compensation system there as some costs per claim rose slowly, according to a new study, CompScope™ Benchmarks for Michigan, 12th Edition, by the Workers Compensation Research Institute (WCRI).

Amid recessionary pressures, indemnity costs per claim -- payments for lost wages – grew modestly between 2008 and 2009, rising 3.4 percent. This was less than the typical six percent increase of the 16 states in the national study.

WCRI said this slow growth reflects two offsetting recessionary factors. On one hand, the study found an increase in the average duration of temporary disability, up 6.7 percent, or about six days, between 2008 and 2009. On the other hand, WCRI observed a decline in the average weekly wage of 2.9 percent during the period.

According to the study, between 2004 and 2009 the average weekly wage in Michigan increased only three percent, the smallest increase of all study states, consistent with the persistent effects of the depressed state economy that has not recovered since the2001-2002 recession. Overall, total costs per workers’ compensation claim in Michigan increased at a slower rate than identified in other study states, growing 31 percent between 2004 and 2005, or about five percent per year. This was slightly lower than the change of 39 percent observed in the typical study state.

The study pointed out that the rate of growth in total workers’ compensation costs per claim rose in the last two years of the study as the annual growth rate increased from 3.4 percent between 2005 and 2007 to 5.5 between 2007 and 2009. This recent rise in annual costs per claim, however, was lower compared to many other study states.

The Workers Compensation Research Institute (WCRI) is an independent, not-for-profit research organization based in Cambridge, MA. Since 1983, WCRI has been a leader in providing high-quality, objective information about public policy issues involving workers' compensation systems. For more information, visit: www.wcrinet.org.