The forgotten 1 billion: a global perspective on health 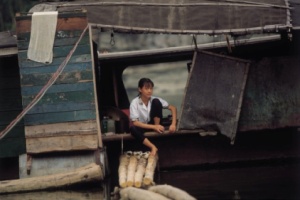 A globally-focused research organization is using recent news reports about the planet's population topping 7 billion to remind people that a significant portion of that total is in desperate need.

According to WorldWatch Institute, nearly 1 billion people in the world are hungry, while almost the same number are illiterate, making it hard for them to earn a living or move out of poverty. And 1 billion people—many of them children—have micronutrient deficiencies, decreasing their ability to learn and to live productive lives.

“As our global community continues to grow, so does the need to consider—and act on—the challenges we all face,” says Robert Engelman, President of the Worldwatch Institute. “Far too many women, children and men are living with less than they need and deserve.”

“Although the number of undernourished people worldwide has decreased since 2009, nearly 1 billion people go to bed hungry each night, a number that is unacceptably high,” according to Danielle Nierenberg, director of Worldwatch’s Nourishing the Planet project (www.NourishingthePlanet.org). Malnutrition contributes to the death of 500 million children under the age of five every year, and in Africa, a child dies every six seconds from hunger.

Organizations, such as the United Nations’ World Food Programme, are using homegrown school feeding (HGSF) initiatives to alleviate hunger and poverty. HGSF programs in Brazil, India, Thailand, Kenya, and elsewhere work to connect local producers with schools, helping to provide children with nutritious and fresh food while providing farmers with a stable source of income.

One billion tons of food wasted

WorldWatch estimates that abouty 1.3 billion tons of food --a third of the total food produced for human consumption -- are lost or wasted each year. Within the United States, food retailers, food services, and households waste approximately 40 million tons of food each year—about the same amount needed to feed the estimated 1 billion hungry people worldwide.

Organizations around the world are working to educate people on the importance of conserving food. In New York City, City Harvest collects surplus food from food providers and distributes it to more than 600 shelters and other agencies. And in West Africa, farmers are using the power of the sun to dehydrate fruits such as mangos and bananas. Experts estimate that, with nearly all of their moisture removed, the fruits’ nutrients are retained for up to six months, allowing farmers to save the 100,000 tons of mangos that go to waste each year.

Nearly 1 billion people worldwide suffer from micronutrient deficiencies, including a lack of vitamin A, iron, and iodine, says WorldWatch. Each year, between 250 million and 500 million children with vitamin A deficiencies become blind, and half of these children die within 12 months of losing their sight.

The organization said these problems could be alleviated by improving access to nutritious foods. In sub-Saharan Africa, AVRDC–The World Vegetable Center works to expand vegetable farming across the region, boosting access to nutrient-rich crops. And Uganda’s Developing Innovations in School Cultivation (Project DISC) educates youth about the importance of agriculture and nutritious diets. Students learn about vegetables and fruits indigenous to their communities, as well as how to process and prepare these foods for consumption.

Lack of access to healthy food doesn’t result only in hunger. More than 1 billion people around the world are overweight, and nearly half of this population is obese. Nearly 43 million children under the age of five were considered overweight in 2010. Surging international rates of heart disease, stroke, diabetes, and arthritis are being attributed to unhealthy diets, and 2.8 million adults die each year as a result of overweight or obesity.

The UN’s Special Rapporteur on the Right to Food, Olivier De Schutter, has urged countries around the world to make firm commitments to improving their food systems. In Mexico, where 19 million people are food insecure yet 70 percent of the country is overweight or obese, De Schutter has called for a “state of emergency” to tackle the problem. He attributes the hunger-obesity combination to the country’s focus on individual crops and export-led agriculture, and argues that a change to agricultural policies could tackle these two problems simultaneously.

Over three-quarters of a billion people worldwide—793 million adults—are illiterate, which prevents millions of people from moving out of poverty. For farmers in particular, being illiterate can limit access to information such as market prices, weather predictions, and trainings to improve their production.

New communications technologies are providing part of the solution. A team of researchers known as Scientific Animations Without Borders is helping illiterate farmers around the world learn how to create natural pesticides or prevent crop damage using solar treatments, by producing short animated videos accessible on mobile phones. In India, farmers can receive daily updates via text or voicemail on weather and crop prices through subscription services set up by major telephone companies. Kheti, a system operated by the U.K.’s Sheffield Hallam University, even allows farmers to take pictures of problems they are having with their crops and to send them in for advice. With more than 4.6 billion mobile phone subscriptions globally, projects such as these have the potential to reach and improve the lives of many around the world.