Are you ready for these 10 sustainability megaforces? 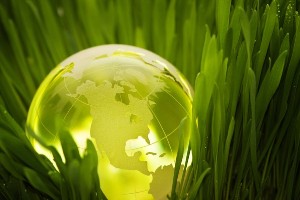 According to KMPG here are 10 global sustainability trends that may impact business over the next two decades:

Climate Change: This may be the one global megaforce that directly impacts all others. Predictions of annual output losses from climate change range between 1 percent per year, if strong and early action is taken, to as much as 5 percent a year—if policymakers fail to act.

Water Scarcity: it is predicted that by 2030, the global demand for freshwater will exceed supply by 40 percent. Businesses may be vulnerable to water shortages, declines in water quality, water price volatility, and to reputational challenges.

Population Growth: The world population is expected to grow to 8.4 billion by 2032. This will place intense pressures on ecosystems and the supply of natural resources such as food, water, energy and materials. While this is a threat for business, there are also opportunities to grow commerce and create jobs, and to innovate to address the needs of growing populations for agriculture, sanitation, education, technology, finance, and healthcare.

Wealth: the global middle class (defined by the OECD as individuals with disposable income of between US$10 and US$100 per capita per day) is predicted to grow 172 percent between 2010 and 2030. The challenge for businesses is to serve this new middle class market at a time when resources are likely to be scarcer and more price volatile. The advantages many companies experienced in the last two decades from “cheap labor” in developing nations are likely to be eroded by the growth and power of the global middle class.

Urbanization: in 2009, for the first time ever, more people lived in cities than in the countryside. By 2030 all developing regions including Asia and Africa are expected to have the majority of their inhabitants living in urban areas; virtually all population growth over the next 30 years will be in cities. These cities will require extensive improvements in infrastructure including construction, water and sanitation, electricity, waste, transport, health, public safety and internet and cell phone connectivity.

Food Security: in the next two decades the global food production system will come under increasing pressure from megaforces including Population Growth, Water Scarcity and Deforestation. Global food prices are predicted to rise 70 to 90 percent by 2030. In water-scarce regions, agricultural producers are likely to have to compete for supplies with other water-intensive industries such as electric utilities and mining, and with consumers. Intervention will be required to reverse growing localized food shortages (the number of chronically under-nourished people rose from 842 million during the late 1990s to over one billion in 2009).

Ecosystem Decline: historically, the main business risk of declining biodiversity and ecosystem services has been to corporate reputations. However, as global ecosystems show increasing signs of breakdown and stress, more companies are realizing how dependent their operations are on the critical services these ecosystems provide. The decline in ecosystems is making natural resources scarcer, more expensive and less diverse; increasing the costs of water and escalating the damage caused by invasive species to sectors including agriculture, fishing, food and beverages, pharmaceuticals and tourism.

Deforestation: Forests are big business – wood products contributed US$100 billion per year to the global economy from 2003 to 2007and the value of non-wood forest products, mostly food, was estimated at about US$18.5 billion in 2005. Yet the OECD projects that forest areas will decline globally by 13 percent from 2005 to 2030, mostly in South Asia and Africa. The timber industry and downstream industries such as pulp and paper are vulnerable to potential regulation to slow or reverse deforestation. Companies may also find themselves under increasing pressure from customers to prove that their products are sustainable through the use of certification standards. Business opportunities may arise through the development of market mechanisms and economic incentives to reduce the rate of deforestation.

KPMG is a global network of professional firms providing Audit, Tax and Advisory services. We operate in 152 countries and have 145,000 people working in member firms around the world. The independent member firms of the KPMG network are affiliated with KPMG International Cooperative (“KPMG International”), a Swiss entity. Each KPMG firm is a legally distinct and separate entity and describes itself as such.