Disabled workers get injured more both on and off the job 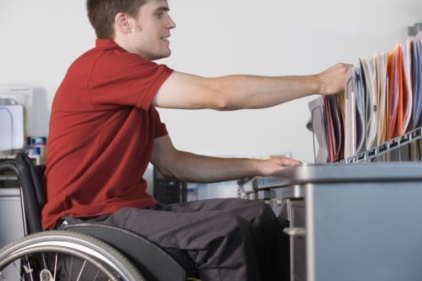 U.S. workers who have disabilities are injured at more than twice the rate of workers who are not disabled, according to new research published in the September issue of the American Journal of Public Health.

The two leading causes of both categories of injury were falls and transportation, which lead the researchers to conclude that improvements to workers' environments would reduce injuries among workers with and without disabilities.

Researchers analyzed data from the 2006-2010 U.S. National Health Interview Survey to compare medically treated injuries among U.S. workers with and without disabilities.

"The increase in occupational injuries to workers with disabilities found in our study shows the need for better accommodation and safety programs in the workplace and the need for a safer working environment," said study co-author Dr. Huiyun Xiang, principal investigator in the Center for Injury Research and Policy at Nationwide Children's Hospital and an associate professor in the division of epidemiology at The Ohio State University College of Public Health.