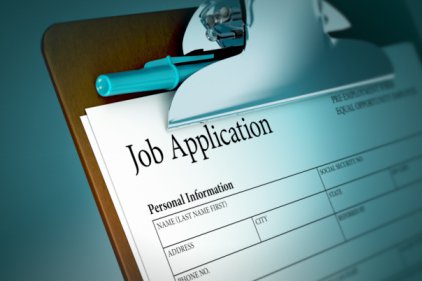 Recent studies suggest that despite high unemployment rates and an uncertain economy, nearly half of the currently employed workers in the U.S. are actively seeking to switch employers. This shouldn’t come as a surprise. Years of pay cuts, forced furloughs, and managers with “if you don’t like it, there’s the door” attitudes have created an unprecedented level of job dissatisfaction.

But the lingering tough economy makes many workers fearful of openly seeking other employment. This presents many workers with a dilemma: how can they look for a new job without jeopardizing their current jobs?

This leaves a substantial pool of high potential talent seemingly unavailable to employers who desperately want and need them.

Here are some simple ways you can make it easy for the currently employed to connect to you without being unethical.

Start With An Open Dialog. Many times recruiters are so focused on a speedy placement that they spook reluctant job seekers. Instead of contacting a prospect with the tired, “do you know anyone who might be interested in…” try having a simple conversation about the prospect’s current working climate and how he or she is feeling about his or her current work atmosphere.

Don’t Be Coy Or Overly Secretive About The Hiring Company. Reluctant job seekers worry that they may be applying to someone in their boss’s network and fear that a failed candidacy will cost them their jobs. Share as much information as you are allowed and be frank about exactly with whom you will be sharing the candidate’s résumé.

Make It Easy to Apply Without Sneaking Around Or Lying To Your Current Employer. Employers aren’t stupid. When they see someone running out to the parking lot in a panic to take a cell phone call, or a notice an individual who has sudden spates of “doctor’s appointments” it doesn’t take a master detective to deduce that he or she is not so secretly looking for a job. Be professional and suggest that job interviews be conducted over lunch or after hours. Too often recruiters turn a blind eye to unethical behavior; the candidate that interviews on their current employers time will likely do the same to you in time.

Pay Attention to Updates In People’s Online Profiles. Job seekers update their experience, add contacts, and just generally tidy up their profiles — sometimes before they even realize that they are looking. Dissatisfied workers recognize that on-line profiles are the new résumés and the first step to finding that new position is some basic freshening of their profiles.

Look For An Uptick In Online Activity. Just as job seekers tend to update their on-line profiles they also tend to try to distinguish themselves by increasing their participation in groups, answering questions, sharing articles, and “liking” comments. Many job seekers do this to establish an on-line presence in hopes of being spotted by recruiters or hiring managers.

Sell The Climate of the New Position. Some of the highest potential candidates will never apply simply because they believe it’s better to work for the devil they know, than risk moving from bad to worse. You may be able to generate more interest by highlighting the positive cultural attributes of the hiring company.

This guest post on MonsterThinking is by Phil La Duke, co-founder of Rockford Greene International, a Monroe, Mich.-based business optimization company. He is also an editorial adviser for Facility Safety Management magazine, a regular contributor to ISHN magazine, and a contributing editor and safety columnist for Fabricating and Metalworking magazine.