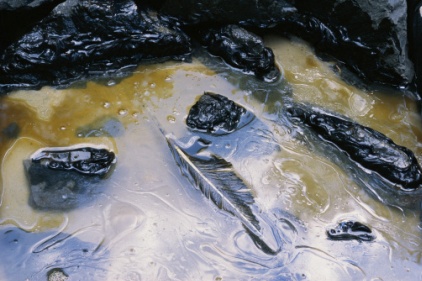 The company whose rig crew ignored “clear warning signs” at the Macondo well site has agreed to plead guilty to violating the Clean Water Act (CWA) and to pay a total of $1.4 billion in civil and criminal fines and penalties.

The U.S. Department of Justice announced that Transocean Deepwater Inc. has signed a cooperation and guilty plea agreement with the government admitting its criminal conduct. The company will pay $400 million in criminal fines and penalties and to continue its on-going cooperation in the government’s criminal investigation. In addition, pursuant to the terms of a proposed partial civil consent decree also lodged with the court today, Transocean Ocean Holdings LLC, Transocean Offshore Deepwater Drilling Inc., Transocean Deepwater Inc. and Triton Asset Leasing GMBH have agreed to pay an additional $1 billion to resolve federal Clean Water Act civil penalty claims for the massive, three-month-long oil spill at the Macondo Well and the Transocean drilling rig Deepwater Horizon. Under the civil settlement, the Transocean defendants also must implement court-enforceable measures to improve the operational safety and emergency response capabilities at all their drilling rigs working in waters of the United States.

“Transocean’s rig crew accepted the direction of BP well site leaders to proceed in the face of clear danger signs — at a tragic cost to many of them,” said Lanny A. Breuer, assistant attorney general for the Justice Department’s Criminal Division.

According to court documents, on April 20, 2010, while stationed at the Macondo well site in the Gulf of Mexico, the Deepwater Horizon rig experienced an uncontrolled blowout and related explosions and fire, which resulted in the deaths of 11 rig workers and the largest oil spill in U.S. history. In agreeing to plead guilty, Transocean Deepwater Inc. has admitted that members of its crew onboard the Deepwater Horizon, acting at the direction of BP’s “Well Site Leaders” or “company men,” were negligent in failing fully to investigate clear indications that the Macondo well was not secure and that oil and gas were flowing into the well.

The criminal resolution is structured to directly benefit the Gulf region. Under the order presented to the court, $150 million of the $400 million criminal recovery is dedicated to acquiring, restoring, preserving and conserving – in consultation with appropriate state and other resource managers – the marine and coastal environments, ecosystems and bird and wildlife habitat in the Gulf of Mexico and bordering states harmed by the Deepwater Horizon oil spill. This portion of the criminal recovery will also be directed to significant barrier island restoration and/or river diversion off the coast of Louisiana to further benefit and improve coastal wetlands affected by the oil spill. An additional $150 million will be used to fund improved oil spill prevention and response efforts in the Gulf through research, development, education and training.