How are you doing with innovation?

The value of "forced collaboration" 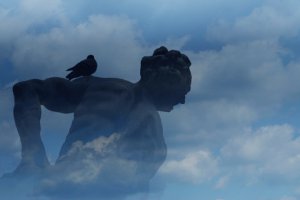 Johansson described how professionals must find intersections in their lives and turn those ideas into groundbreaking innovations. According to Johansson, the three driving forces behind these intersections are the movement of people, the convergence of scientific disciplines and the leap in computational power.

“New insights are critical for success because the world is changing very quickly. The need for innovation has never been greater. The truth of innovative ideas is that they almost always appear obvious after the fact. The true insights, true breakthroughs, happen unexpectedly,” said Johansson.

Johansson has spoken to audiences worldwide, from Fortune 500 companies to rural villages. His debut book, “The Medici Effect,” was an international bestseller that shattered assumptions about how great ideas take place. Prior to joining The Medici Group, he founded a software company, a healthcare firm, and a hedge fund. Johansson earned his bachelor’s degree in environmental science from Brown University and his graduate business degree from Harvard Business School. He has been featured on several high-profile television shows including CNN’s AC360, ABC’s Early Morning Show, and CNBC’s The Business of Innovation series.

Here are takeaways from his 50-minute rapid-fire, high-energy talk:

●Combine utterly different concepts and cultures in your work, your work teams, your brainstorming, etc.

●The need for innovative has never been greater than in today tech-driven, hyper-drive business world.

●We are trapped by our past successes, making innovation that much more difficult

.●The life cycle of companies is shrinking; another reason that innovation is imperative.

●True insight and breakthroughs happen unexpectedly, through serendipitous conversations, etc. You don’t plan nor expect these breakthroughs to happen.

●Look at your own career. Did it unfold and progress the way you thought it would?

●Which is more important, serendipity or strategy? Is strategy useless if it is basically a repackaging of what’s already been done? We use strategy because we never do anything random. Strategy gives us a purpose, a reason to move forward. But sometimes it is worth staying utterly random, leaving room for the unexpected, for creativity.

●Strategy convinces us to act. But you should experiment now and again. Introduce the unexpected, the surprising, into your act.

●Pull together different perspectives at work, on teams and such. Create an “intersection” of ideas and insights. You never know where they will come from. Architect Frank Lloyd Wright was inspired by the architecture of the catus.

●All new ideas are combinations of existing ideas.

●People who change the world simply try out many more ideas than the average person. Einstein wrote 254 papers. Picasso created more than 50,000 works of art. Many of these creations and endeavors had no impact whatsoever. In fact, most did not. The point being, some people just keep trying, keep at it, more than most.

●Embrace diversity in your business dealings. Bring in, talk with, different disciplines, different backgrounds, different experts. You unleash an explosion of ideas. The song “Tubular Bells” resulted from a combination of classical music and rock and roll.

●Use your network of connections, colleagues and peers, to create your own diverse culture of advisors, mentors, and collaborators.

●Change the way you work. Called it “forced collaboration.” Push for cross-over of disciplines on teams. Don’t hire people just like you.

Surround yourself with people just like you and you’ll get a replay of the same ideas. Strangers working together might not say “hello” to each other for the first two weeks, but give it time and give them purpose. One of the most important leadership skills is deciding how to incorporate other perspectives into your realm.