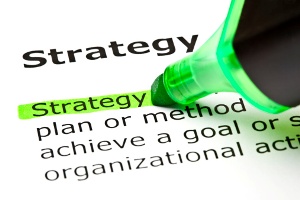 A business strategy guru, Richard Rumelt, is the opening session keynoter to kick of Day 2 of ASSE’s Safety 2013, Wednesday, June 26, at the Las Vegas Convention Center.

What does it say for the state of safety that once upon a time OSHA bosses were perennial conference keynoters, and these days it is “outside of the safety box” business and management leaders who get the huge morning audiences?

It’s more evidence that safety is diligently moving away from its compliance stereotype (not a particularly promising career path in 2013) to a focus more aligned with how winning businesses are run, and how safety can contribute.

Rumelt’s book, Good Strategy/Bad Strategy: The Difference and Why it Matters was chosen as one of six finalists for the Financial Times & Goldman Sachs Business Book of the Year award for 2011.

●Good strategy is rare. Many organizations which claim to have a strategy do not. Instead, they have a set of performance goals. Or, worse, a set of vague aspirations. It is rare because there are strong forces resisting the concentration of action and resources. Good strategy gathers power from its very rareness.

●A great deal of modern writing about strategy deals with the detailed economic logic of “competitive advantage.” Good Strategy/Bad Strategy argues that a coherent strategy can be, by itself, a significant source of competitive advantage. The advantage flows from coordination and focus as well as from resolving the impossible ambiguity of reality into a problem that fits the organization’s resources and abilities, a problem on which the organization can actually go to work.  This way of looking at things extends beyond business situations to non-for-profit and military contexts.

●“Bad strategy” occurs when there is bad doctrine, when hard choices are avoided, and/or when leaders are unwilling or unable to define and explain the nature of the challenge.

●Good strategy has a basic underlying logic: coherent action backed up by an argument, an effective mixture of thought and action. I call this basic underlying structure the kernel. A good strategy may consist of more than the kernel, but if the kernel is absent or misshapen, then there is a serious problem. The kernel of a strategy contains three elements: (1) a diagnosis that defines or explains the nature of the challenge, (2) a guiding-policy for dealing with the challenge, and (3) a set of coherent-actions that are designed to carry out the guiding-policy.

●One of a leader’s most powerful tools is the creation of a proximate objective—one that is close enough at hand to be feasible. A proximate objective names an accomplishment that organization can reasonably be expected to achieve.

●Competitive success is the joint outcome of the quality of an organization’s accumulated resources andthe tight design of coordinated action. Very high quality resources can sometimes win the day almost by themselves. The poorer a firm’s resource base, the more it must depend upon adroit and clever coordination of actions.

●In formulating strategy, strategists engage in an internal quest for insight and an internal struggle against their own myopia.

●Competitors do not always respond quickly, nor do customers always see the value of an offering. Good strategy anticipates and exploits inertia.

●Organizations experience significant entropy—the continual drift towards disorganization. Much of the useful work of managers and consultants is maintenance—the constant battle against entropy. Strategists must battle this never-ending drift towards disarray within their own organization. And they must try to exploit the disarray of their rivals.

●Of course, an organization can shoot ahead of competitors by successful innovation or by re-inventing a whole industry. But, the most common path to success is not raw innovation, but skillfully riding a wave of change. Changes in technology, law, costs, and buyer tastes are normally beyond the control of any competitor, but they can be harnessed. Just as a good sailboat and a skillful captain can harness the wind to advantage, so can a leader use a wave of change to work ahead of competitors.