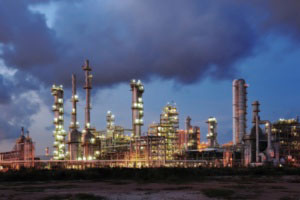 A report released by the the International Association of Oil & Gas Producers (OGP) shows that the number of fatalities per 100 million hours worked -- the Fatal Accident Rate -- has fallen in the last ten years.

In 2012, participating OGP member companies reported 88 fatalities which occurred in 52 separate incidents. The Fatal Accident Rate was down by 52% compared with the 2003 rate, showing an overall downward trend over the last ten years. The rate increased however by 27% compared with 2011; a single incident (a gas leak and explosion of a pipeline in which 31 people lost their lives) had a predominant effect on the 2012 rate.

The largest proportion of fatalities (44%) were reported in the ‘Explosions or burns’ category with ‘Caught in, under or between’ being the second largest (18%).

The rate for all recordable injuries reduced marginally from 1.76 injuries per million hours worked in 2011 to 1.74 in 2012. This metric includes fatalities, lost workday cases, restricted workday cases and medical treatment cases.

The 2012 Safety Performance Indicators report and the Life Saving Rules document can be downloaded at www.ogp.org.uk.