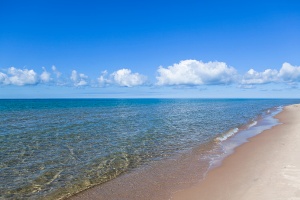 While swimmers account for many of the fatalities, they also also include boaters, kayakers fishermen and people in a submerged vehicle and a capsized airboat. Drownings in the frigid waters of Lake Superior primarily involved snowmobilers who fell through ice and a scuba diver exploring a shipwreck at Isle Royale National Park.

“The Great Lakes are beautiful, but they can be very dangerous, especially to swimmers,” said Dave Benjamin, executive director of the Great Lakes Surf Rescue Project. “Winds cause waves, waves cause dangerous currents, and the strength of those currents increase with the size of the waves.”

It’s very important for people to know their swimming abilities and adhere when there are red flags flying at the beach. It’s also important to know the Signs of Drowning and the 'Flip, Float, and Follow' Rip Current Survival Strategy."