Wind energy employees must watch out for fall hazards 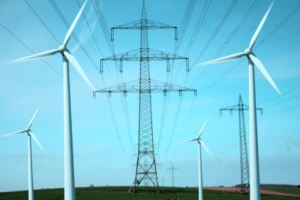 Wind turbines generate electricity from wind, and are being manufactured and installed all across the nation. Wind energy employers need to protect their workers from workplace hazards and workers should be engaged in workplace safety and health and need to understand how to protect themselves from these hazards.

While this is a growing industry, the hazards are not unique and OSHA has many standards that cover them:

Wind Energy workers are exposed to hazards that can result in fatalities and serious injuries. Many incidents involving falls, severe burns from electrical shocks and arc flashes/fires, and crushing injuries have been reported to OSHA. Some examples are given below:

On November 11, 2005, worker #1 and two coworkers were removing and replacing a broken bolt in the nacelle assembly of a wind turbine tower that was approximately 200 feet above the ground. They were heating the bolt with an oxygen-acetylene torch when a fire started. Worker #1 retreated to the rear of the nacelle, away from the ladder access area. While the two coworkers were able to descend the tower, Worker #1 fell approximately 200 feet to the ground, struck an electrical transformer box, and was killed.

At approximately 11:40 a.m. on June 17, 1992, a worker attempted to descend an 80 ft. ladder that accessed a wind turbine generator. The worker slipped or fell from the ladder and was killed. The victim was wearing his company-furnished safety belt, but the safety lanyards were not attached. Both lanyards were later discovered attached to their tie-off connection at the top of the turbine generator.

Additional information on wind energy can be found at: