Melanoma rates doubled between 1982 and 2011 but comprehensive skin cancer prevention programs could prevent 20 percent of new cases between 2020 and 2030, according to this month’s Vital Signs report.

The owner of a Pennsylvania roofing company was indicted by the U.S. Attorney's office in Philadelphia with making false statements, obstructing justice and willfully violating OSHA fall protection standards in connection with the fatal fall of an employee in June 2013.

A working group of federal agencies has issued a fact sheet* on progress made to improve the safety and security of chemical facilities in the United States.

Silicosis is a potentially fatal but preventable occupational lung disease caused by inhaling respirable particles containing crystalline silicon dioxide (silica). Quartz, a type of crystalline silica, is the second most abundant mineral in the earth’s crust and workers across a wide range of occupations and industries are exposed to silica-containing dusts.

NIOSH may get a raise, MSHA a slight cut

“You don’t pay extra for your seatbelt”

For the 12th time in two decades, the National Transportation Safety Board (NTSB) has recommended that collision avoidance systems become standard on all new passenger and commercial vehicles -- and released a report that outlined the life-saving benefits of the technology, which is currently available.

Many Americans have dangerous misconceptions about heart failure

Nearly six million Americans currently live with heart failure, yet a recent national survey found potentially dangerous misconceptions and knowledge gaps about the disease. In fact, nearly half of those surveyed got fundamental facts about heart failure wrong and two-thirds of respondents confused signs of heart failure with signs of a heart attack.

The American Society of Safety Engineers (ASSE) and the Occupational Safety and Health Administration (OSHA) recently renewed their alliance, signing a five-year agreement that will focus on construction safety, temporary workers and hazards within general industry. 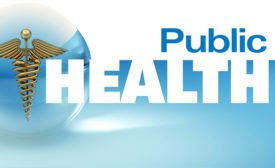 Screening for colorectal cancer increased in lower socioeconomic status (SES) individuals after 2008, perhaps reflecting the Affordable Care Act’s removal of financial barriers to screening according to a new analysis. The study, by American Cancer Society investigators, appears online in the journal Cancer.

The American Society of Safety Engineers (ASSE) has awarded four members, Richard King of Centennial, Colorado, George Pearson of Hockessin, Delaware, Bill Propes of Mesquite, Texas and R. Ronald Sokol of Friendswood, Texas, the Fellow Honor, its highest distinction, recognizing their lifetime of commitment to worker safety and their leadership in the occupational health and safety field.