Beware: Common sense can kill you 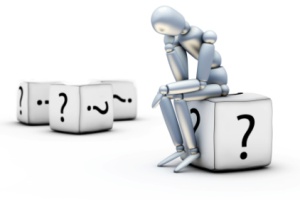 When people hear that I work in safety they invariably ask if what I do is mostly common sense.

It’s fairly insulting if you think about it. Imagine asking any other profession if most — if not all — of what they have trained and studied to do is just common sense?

In the book, “Risk Makes Sense: Human Judgment and Risk,” by Dr. Robert Long and Joshua Long, the authors attempt to debunk the “myth of common sense” and what they have to say resonates with me.

The authors point out that most injuries are preceded by an action that made sense to the person who caused it. Sometimes these people are dealing with imperfect information (like the man who was injured when he tried to remove what he erroneously believed to be an empty gas tank with a cutting torch); in other cases the person believes the risk of injury is much less than what it actually is (like the person who believes that the odds of being injured in a motorcycle accident because one is wearing a helmet are much greater than they are if one is not wearing a helmet). And sure, in some cases the person does something really stupid, but he who is without sin…

As Long points out, there are two ways to look at “common sense.” One interpretation is that sense, i.e. judgment, isn’t particularly rare. Another interpretation is that common sense is a nearly universal reaction to a given situation or decision. In other words, common sense is the universally known and accepted response to every situation; the collective judgment. If people don’t intuitively read the situation in the same way most other people would, then they get what’s coming to them.

Using common sense means using your intuition and most people’s intuition sucks. In fact, common sense in this respect is likely to cause more injuries than it prevents. In a world driven by common sense, we don’t need Material Data Safety Sheets because people shouldn’t have to be told not to drink chemicals with which they are working. In this Utopian paradise of common sense we don’t need a safety professional to identify the appropriate personal protective equipment because the intuition of the shop supervisor should be enough to protect people.

In a way, common sense is merely what most people will do in a situation; sometimes that’s the right move and more often it’s a deadly mistake. People are seriously injured and killed every day doing what common sense tells them.

When we make a simple decision and we are successful we say it’s just common sense, but when someone else fouls up a simple decision we dismiss him as an idiot with no common sense. Another element of common sense is that populations don’t come to a common understanding overnight, and in many cases the learning that it takes to reach this common belief set exacts a horrible price. Today’s fatality is tomorrow’s common sense. People love common sense. When we read about someone dying in a horrific accident it’s comforting for us to think that we will never suffer a similar fate because, well, we have “common sense”.

We have to stop hiding behind this imaginary mystical power of common sense to protect us. Common sense makes us feel smarter than we really are, and encourages us take risks that we shouldn’t. Common sense is a last ditch effort, it’s what we rely on when we don’t have anything better on which to act.