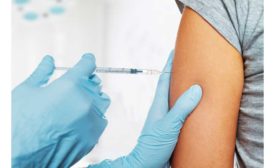 What’s the best way to avoid the flu? You hate needles, so should you get that flu vaccine that comes in a nasal spray? Or how about that new kind of vaccine that may also be given without a needle? And will the type of vaccine that’s available during the 2017-2018 flu season be effective against whatever variant of the bug makes an appearance this time around? Fortunately, the Centers for Disease Control and Prevention (CDC) and OSHA have all of the information you need to protect yourself – and your workplace – from the flu.
Read More

But vaccination has saved an estimated 17.1 million lives since 2000
The number of measles-related deaths has decreased 79% from 546 800 at the beginning of the century to 114 900 in 2014. New data released by WHO for the Measles & Rubella Initiative, estimates that 17.1 million lives have been saved since 2000, largely due to increased vaccination coverage against this highly contagious viral disease.
Read More 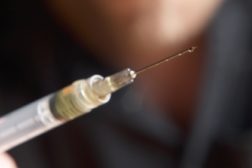 WHO calls for worldwide use of "smart" syringes

Use of the same syringe or needle to give injections to more than one person is driving the spread of a number of deadly infectious diseases worldwide. Millions of people could be protected from infections acquired through unsafe injections if all healthcare programs switched to syringes that cannot be used more than once.