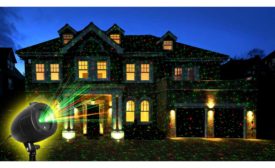 FAA: Make sure they're aimed at your house, not the sky
Each holiday season for the past several years, the Federal Aviation Administration (FAA) has received reports from pilots who said they were distracted or temporarily blinded by residential laser-light displays. The FAA's concerns about lasers – regardless of the source – is that they not be aimed at aircraft in a way that can threaten the safety of a flight by distracting or blinding the pilots.
Read More 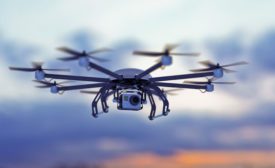 In collisions with airplanes, drones worse than birds

A research team from the Alliance for System Safety of UAS through Research Excellence (ASSURE) today released a report that concludes that drones that collide with large manned aircraft can cause more structural damage than birds of the same weight for a given impact speed. The Federal Aviation Administration (FAA) will use the research results to help develop operational and collision risk mitigation requirements for drones. ASSURE conducted its research with two different types of drones on two types of aircraft through computer modeling and physical validation testing.
Read More

Attention to engines can prevent many plane crashes

Most general aviation fatal accidents are caused by in-flight loss of control – and many those are caused by factors related to engine failure. Between 2001 and 2010, engine maintenance errors were identified as a contributing factor in 35 of 70 randomly-selected accidents. The Federal Aviation Administration (FAA) would like to help decrease that number.
Read More

The Federal Aviation Administration (FAA) has issued a final rule (PDF) that allows general aviation pilots to fly without holding an FAA medical certificate as long as they meet certain requirements outlined in Congressional legislation. “The United States has the world’s most robust general aviation community, and we’re committed to continuing to make it safer and more efficient to become a private pilot,” said FAA Administrator Michael Huerta.
Read More

There were no apparent mechanical problems with the Boeing 737 that slid on a runway at LaGuardia Oct. 27th, veering to the right before coming to a stop on the turf about 200 feet from the end of the runway. The 11 crew and 37 passengers deplaned via the airstairs. There were no injuries.
Read More

The National Transportation Safety Board issued a Safety Alert Tuesday to pilots with suggestions on what they can do to reduce their chances of being involved in a midair collision.
Read More

As part of its ongoing investigation of an Oct. 28, 2016, uncontained engine failure on American Airlines flight 383, the National Transportation Safety Board issued an investigative update Friday.
Read More

General aviation accidents in the U.S. continued their downward trend in 2015, according to the latest aviation accident statistics released by the National Transportation Safety Board (NTSB). And, just as in 2014, there were no fatalities for U.S. airlines.
Read More
More Articles Tagged with 'aircraft safety'
Subscribe For Free!
More Videos