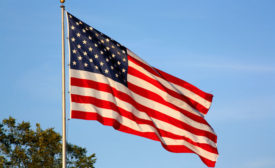 Paul Feldman
More than 4,800 American workers are killed on the job each year. But in states that were carried by Donald Trump, the chances of dying at work are higher than in states that Hillary Clinton won. With a single exception, the states that voted Republican had at least three job-related deaths per 100,000 workers, according to the most recent federal labor statistics for 2015. In all but two states that went Democratic, the workplace death rate was less than three.
Read More
Subscribe For Free!
More Videos