An operator and two servicing companies' failure to control a North Dakota oil well properly led to a flash fire that killed one worker and injured three others, federal investigators have found. A 52-year-old employee of Most Wanted Well Service suffered fatal fall injuries and burns in the June 18, 2016 incident at a Watford City, North Dakota well site.
Read More

An employee working on the outside of a bridge abutment in a 12-15’ trench in Milllville, Pennsylvania died when the adjacent trench wall collapsed, burying him in soil. The worker was in the trench shoveling soil off the base of the abutment wall because it was not reachable by an excavator.

“A heartbreaking and senseless case”

An Odessa, Texas company has been cited for six workplace violations in the deaths of three workers in March, 2015.

The recent death of a worker at a New York City construction site has prompted the city to form a taskforce to investigate misconduct and corruption in the construction industry, news sources are reporting.

Proper safety guards would have stopped a 1,500-pound steel roller before it crushed and killed a 59-year-old maintenance worker, but his employer did not use them, an OSHA inspection has found.

If they had been in place, safety mechanisms might have saved a 62-year-old parts assembler who died after he was struck by a 4-pound metal spacer that flew off a 4-ton hydraulic press, OSHA inspectors determined.

The death of a 52-year-old contractor who was crushed to death at a Missouri automotive assembly plant was preventable, according to OSHA inspectors. The incident occurred in December 2014 when a weld failure caused a temporary support safety pin to disengage on an assembly line conveyor carriage at KCI, Inc.’s Ford Kansas City Assembly Plant in Claycomo.

Do I Report Heart Attacks? Do I have to report a work-related fatality or in-patient hospitalization caused by a heart attack? Yes, your local OSHA Area Office director will decide whether to investigate the event, depending on the circumstances of the heart attack. 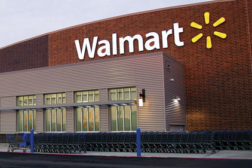 A workplace fatality that brought attention to the issue of crowd control in the retail industry appears to be – finally – headed toward a resolution, after Walmart recently withdrew its appeal of a $7,000 OSHA fine over the incident.

According to news sources, one worker was killed and two others injured Thursday when a ceiling collapsed on a film set for a movie directed by Martin Scorsese. All three victims were Taiwanese citizens.