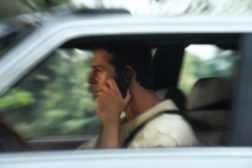 Driving blind: Texting behind the wheel