The nation’s leading public health organization has come out in opposition to President Trump’s nominee for U.S. Supreme Court. In a letter to the U.S. Senate Committee on the Judiciary accompanying an assessment of some of Judge Brett Kavanaugh’s decisions, the American Public Health Association (APHA) said; “We are deeply concerned by many of Judge Kavanaugh's views and previous decisions related to public health.”
Read More

New HHS chief gets thumbs up from public health pros

President Trump’s pick to head up the Department of Health and Human Services (HHS) is getting a nod of approval from the nation’s oldest public health organization – despite his ties to an industry implicated in the current opioid crisis.
Read More 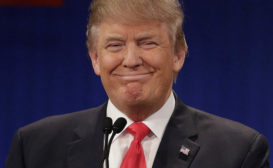 President Trump’s plan to end a key Affordable Care Act (ACA) subsidy will cause health care premiums to spike and insurers to exit the market according to the Congressional Budget Office (CBO), which estimated that the action would cause the federal budget deficit to rise by $6 billion next year and by $26 billion by 2026.
Read More

The fight to protect public health is more important than ever. The Senate is moving quickly — and secretively — on their version of legislation to repeal the Affordable Care Act. While we don’t know the content of the bill, we do know that the House-passed repeal bill — the American Health Care Act — would cause over 23 million people to lose their health care, restructure Medicaid, pare down essential benefits like maternity and newborn care, result in the loss of over a million American jobs, and zero out the Prevention and Public Health Fund.
Read More

Puzder no longer in running for labor secretary

President Donald Trump’s nominee for labor secretary, Andrew F. Puzder, withdrew his nomination Wednesday amid a growing wave of bipartisan opposition. Puzder, a fast-food executive who opposed the Affordable Care Act and raising the minimum wage and has strongly promoted the use of automation in the workplace, has been accused by liberal groups of being aligned with interests of company owners instead of with those of workers.
Read More

Rates differ by gender, race
A steady decline over more than two decades has resulted in a 25% drop in the overall cancer death rate in the United States. The drop equates to 2.1 million fewer cancer deaths between 1991 and 2014. The news comes from Cancer Statistics 2017, the American Cancer Society’s (ACS) comprehensive annual report on cancer incidence, mortality, and survival. It is published in CA: A Cancer Journal for Clinicians and is accompanied by a consumer version of the publication, Cancer Facts and Figures 2017.
Read More

In a letter to members of Congress yesterday, the American Public Health Association strongly opposed attempts to repeal or weaken the Affordable Care Act. "Any effort to repeal the ACA without ensuring a viable and immediate replacement plan is unconscionable and will put the health of the American people at an unacceptable risk," wrote APHA Executive Director Georges C. Benjamin, MD.
Read More 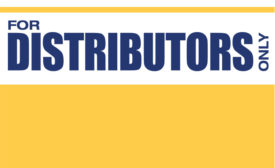 A sad milestone for workplace wellness

Jon Robison Ph.D., MS
By now most people involved in Workplace Wellness (WW) know that the claims made by the Safeway Organization, claims that formed the basis of the Wellness Provisions of the Affordable Care Act (ACA) and led to the explosion of what is now by some estimates an 8 billion dollar a year industry, were made up – never happened.
Read More
More Articles Tagged with 'Affordable Care Act'
Subscribe For Free!
More Videos