Items Tagged with 'disaster clean up' 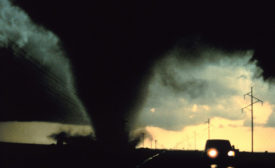 As residents recover from the damage caused by the recent tornadoes and severe storms in Missouri and Kansas, OSHA is urging recovery workers, employers and the public to use caution during cleanup efforts. The agency urges all to be aware of hazards they may encounter, and steps needed to to stay safe and healthy.
Read More 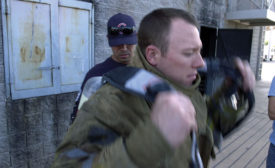 Use this checklist for PPE and gas detection

Ken Schmidt Daniel Birch
In the past year and a half, more than 20 weather and climate disasters, each with losses exceeding $1 billion, occurred in the U.S. and Canada. Consisting of 11 severe storms, four floods, a drought, regional wildfires, and a winter storm, these events caused 185 deaths.
Read More

With cleanup from the historic flooding in Louisiana likely to go on for some time, occupational safety and health agencies are warning about the hazards that workers and volunteers will face during cleanup activities.
Read More

Only 112 of the tens of thousands of claims submitted to the 9/11 fund established by Congress for victims of 9/11 have been resolved, meaning determinations have been made and money awarded to the claimants. The $27 million paid out so far amounts to less than one percent of the $2.8 billion fund.