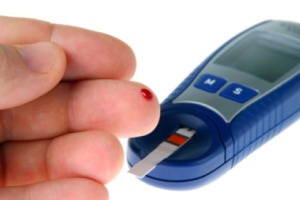 More than 29 million Americans have diabetes, with another 86 million more are on the verge of the disease. People with diabetes are nearly two times more likely than people without diabetes to die from heart disease, and are also at greater risk for kidney, eye and nerve diseases, among other painful and costly complications.

This year, in observance of National Diabetes Month -- including World Diabetes Day on Nov. 14 -- The National Institutes of Health is reminding people that type 2 diabetes can be delayed or prevented, and both types 1 and 2 diabetes can be managed to prevent complications.

In type 1 diabetes, the body does not make insulin. In type 2 diabetes — the most common type, which has increased along with the obesity epidemic — the body does not make or use insulin well. A third type, gestational diabetes, occurs in some women during pregnancy. Though it usually goes away after the birth, these women and their children have a greater chance of getting type 2 diabetes later in life.

As the number of people living with type 2 diabetes grows — and the disease has begun to affect young people — identifying safe and effective treatments is key to improving the health of people with diabetes and its complications and those at high risk for the disease.

As part of NIH, the National Institute of Diabetes and Digestive and Kidney Diseases (NIDDK) is committed to this goal. NIDDK-funded research has shown that losing a modest amount of weight — about 15 pounds — through diet and exercise can actually cut your risk of getting type 2 diabetes by as much as 58 percent in people at high risk.

NIDDK supports research to help people with diabetes manage their disease and prevent the development of diabetes-related complications. For example, NIDDK has recently begun a large-scale clinical trial in people with type 2 diabetes comparing the effectiveness of four medications — in combination with the drug metformin — to find which drug combination works best for which groups of people. It is the kind of study that could only be accomplished with the support of NIH.

For the approximately 1.5 million children and adults with type 1 diabetes, NIH-funded studies have already found that tight control of blood sugar can prevent diabetes complications. Now researchers are at work to identify genetic and environmental causes of the disease, to create and sustain islet cells to produce insulin, and to advance technology to make the daily lives of people with type 1 diabetes safer, healthier and easier.

What you can do

According to a statement from the NIH, "As President Obama reminded us in his proclamation recognizing National Diabetes Month, while we research for ever-better answers, there are steps we can take now to protect our health and the health of the people we love. Choose healthy foods to share. Take a brisk walk together every day. Talk with your family about your health and your family’s risk of diabetes and heart disease. If you smoke, seek help to quit. The National Diabetes Education Program (NDEP) can help you make positive, lasting changes to improve your health."

The NIDDK, a component of the NIH, conducts and supports research on diabetes and other endocrine and metabolic diseases; digestive diseases, nutrition and obesity; and kidney, urologic and hematologic diseases. Spanning the full spectrum of medicine and afflicting people of all ages and ethnic groups, these diseases encompass some of the most common, severe and disabling conditions affecting Americans. For more information about the NIDDK and its programs, see www.niddk.nih.gov.

About the National Institutes of Health

NIH, the nation's medical research agency, includes 27 Institutes and Centers and is a component of the U.S. Department of Health and Human Services. NIH is the primary federal agency conducting and supporting basic, clinical, and translational medical research, and is investigating the causes, treatments, and cures for both common and rare diseases. For more information about NIH and its programs, visit www.nih.gov.