Cleaning up toxic chemicals without PPE

"These workers were essentially defenseless” 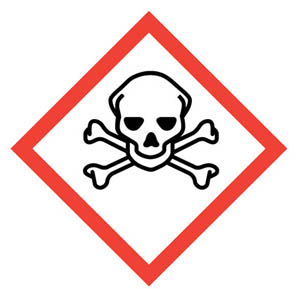 Employees at a Wallingford, Conn. freight shipping terminal faced dangerous chemical, fire and explosion hazards on Oct. 6, 2014, as they tried to contain a highly flammable and explosive chemical spill without proper training and personal protective equipment, OSHA investigators have determined.

As a result of these conditions, OSHA found two repeated and four serious violations of workplace safety standards by R+L Carriers Shared Services LLC. The company faces $86,900 in proposed fines. The repeated violations stem from similar hazards cited by OSHA during a 2011 inspection of an R+L terminal in Chicago.

No one knew the risks

"These workers were essentially defenseless. They did not know how to evaluate the hazards involved, what personal protective equipment to use and what steps to follow to contain the spill safely. Worse, no one present at the terminal did," said Robert Kowalski, OSHA's area director in Bridgeport. "These deficiencies in emergency response by R+L Carriers put its employees at risk of death or serious injury."

The investigation determined a forklift was being used to move a pallet of tetrahydrofuran, a highly flammable liquid with a flash point of 1.4 degrees Fahrenheit, from one truck to another when a 55-gallon drum containing the liquid was punctured accidentally. The chemical began leaking through the truck bed to the ground. R+L employees attempted to contain the spill with sorbent material beneath the truck and by cordoning off the area. OSHA investigators found that Wallingford terminal's management lacked an emergency response plan and had not trained employees as first responders.

Management also did not evaluate the hazards associated with tetrahydrofuran; failed to provide the responding employees with appropriate respiratory protection and personal protective equipment; and did not have a qualified person on-site to oversee the response. The terminal's emergency action plan also did not include procedures for timely reporting of emergency events. It was also noted that employees had not been briefed on updates to the plan. Finally, the forklift that punctured the drum was not operated properly.