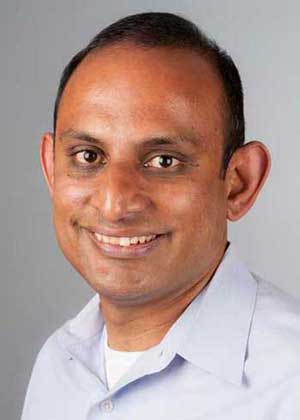 Prior to ActiveBlu, Raghu served as Global Director of Multigas Solutions and Emerging Technologies as well as Program Manager of Predictive Analytics for Industrial Scientific. Before joining Industrial Scientific, Raghu was research faculty at the School of Computer Science, Carnegie Mellon University.  Raghu holds a Ph.D. from the University of Warwick, UK.

As the global leader in gas detection, Industrial Scientific provides gas detection products and services that keep workers safe in hazardous environments. The company’s 700 employees in 21 countries are committed to preserving human life, and have dedicated their careers to eliminating death on the job by the year 2050. Established in 1985 and headquartered in Pittsburgh (USA), Industrial Scientific also has operations based in Arras (France) and Shanghai (China), and provides technical services to customers from local service centers around the world. Industrial Scientific is the parent company to Predictive Solutions Corporation (www.predictivesolutions.com). For more information, visit www.indsci.com.