Is a happy persona a healthy person?

Some evidence points to positive effects of positive emotions 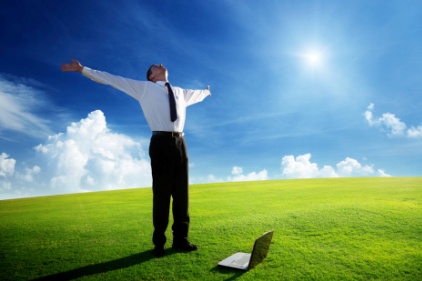 To produce good health, positive emotions may need to be long-term, according to a recent edition of the Harvard Medical School’s HEALTHbeat newsletter.

Thinking positive thoughts for a month when you already have heart disease won’t cure the disease. But lowering your stress levels over a period of years with a positive outlook and relaxation techniques could reduce your risk of heart problems, according to HEALTHbeat.

In an early phase of positive psychology research, University of Pennsylvania psychologist Martin Seligman and Christopher Peterson of the University of Michigan chose three pathways to examine:

Feeling good. Seeking pleasurable emotions and sensations, from the hedonistic model of happiness put forth by Epicurus, which focused on reaching happiness by maximizing pleasure and minimizing pain.

Engaging fully. Pursuing activities that engage you fully, from the influential research by Mihaly Csikszentmihalyi. For decades, Csikszentmihalyi explored people’s satisfaction in their everyday activities, finding that people report the greatest satisfaction when they are totally immersed in and concentrating on what they are doing — he dubbed this state of intense absorption “flow.”

Doing good. Searching for meaning outside yourself, tracing back to Aristotle’s notion of eudemonia, which emphasized knowing your true self and acting in accordance with your virtues.

Through focus groups and testing hundreds of volunteers, they found that each of these pathways individually contributes to life satisfaction.

People tend to over-estimate what will make them happy, according to HEALTHbeat. Most people say they want to be happy, but they often believe in myths or carry assumptions that actually get in the way. Here are some widely held myths about what will bring happiness:

Money and material things. The question of whether money can buy happiness has, for more than 30 years, been addressed by the “Easterlin paradox,” a concept developed by economist Richard Easterlin. His research showed that people in poor countries are happier when their basic necessities are covered. But any money beyond that doesn’t make much difference in happiness level. This idea has been challenged periodically, as in 2008 when two University of Pennsylvania researchers analyzed Gallup poll data from around the world. They showed, in contrast to Easterlin’s work, that people in wealthier countries are happier in general. The two studies were not directly comparable in method, however. And Easterlin points out that the new study may be flawed by cultural bias, as people from different countries may have different ways of answering questions about wealth and happiness.

Youth. Being young and physically attractive has little or no bearing on happiness. In a study published by Richard Easterlin in 2006 in the Journal of Economic Psychology, not only did being young fail to contribute to happiness, but adults grew steadily happier as they moved into and through middle age. After that, happiness levels began to decline slowly as health problems and other life problems emerged.

Children. Children can be a tremendous source of joy and fulfillment, but their day-to-day care is quite demanding and can increase stress, financial pressures, and marital strife. When ranking their happiness during daily activities, mothers report being more happy eating, exercising, shopping, napping, or watching TV than when spending time with their children. In several studies, marital satisfaction declines after the first child is born and only recovers after the last child leaves home. Personal relationships of all types are important, however. In studies, being married, having more friends, and having sexual intercourse more often are all moderately or strongly associated with happiness.

Are you in the flow?

You lose awareness of time. You aren’t watching the clock, and hours can pass like minutes. As filmmaker George Lucas puts it, talent is “a combination of something you love a great deal and something you can lose yourself in — something that you can start at 9 o’clock, look up from your work and it’s 10 o’clock at night … ”

You aren’t thinking about yourself. You aren’t focused on your comfort, and you aren’t wondering how you look or how your actions will be perceived by others. Your awareness of yourself is only in relation to the activity itself, such as your fingers on a piano keyboard, or the way you position a knife to cut vegetables, or the balance of your body parts as you ski or surf.

You aren’t interrupted by extraneous thoughts. You aren’t thinking about such mundane matters as your shopping list or what to wear tomorrow.

You are active. Flow activities aren’t passive, and you have some control over what you are doing.

You work effortlessly. Flow activities require effort (usually more effort than involved in typical daily experience). Although you may be working harder than usual, at flow moments everything is “clicking” and feels almost effortless.