Too much undeserved self-praise can lead to depression 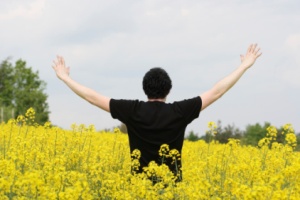 People who try to boost their self-esteem by telling themselves they’ve done a great job when they haven’t could end up feeling dejected instead, according to new research published by the American Psychological Association.

High and low performers felt fine when they assessed themselves accurately, probably because the high performers recognized their strengths and low performers acknowledged their weaknesses and could try to improve their future performance, according to a study in the October issue of the APA journal Emotion®.

“These findings challenge the popular notion that self-enhancement and providing positive performance feedback to low performers is beneficial to emotional health. Instead, our results underscore the emotional benefits of accurate self-assessments and performance feedback,” said lead author Young-Hoon Kim, PhD, of the University of Pennsylvania.
.
The study involved experiments with four different groups of young people from the United States and Hong Kong. Three U.S. groups totaled 295 college undergraduates, with 186 women and a mean age of 19, and one Hong Kong group consisted of 2,780 high school students, with 939 girls, from four different schools and across grades 7-12.

In the first two experiments, one of the U.S. groups and the Hong Kong students took academic tests and were asked to rate and compare their own performances with other students at their schools. Following their assessments, all the participants completed another widely used questionnaire to assess symptoms of depression.

Across all the studies, results showed that those who rated their own performance as much higher than it actually was were significantly more likely to feel dejected. “Distress following excessive self-praise is likely to occur when a person’s inadequacy is exposed, and because inaccurate self-assessments can prevent self-improvement,” said co-author Chi-Yue Chiu, of Nanyang Technological University in Singapore.

The results also revealed cross-cultural differences that support past findings that Asians are more humble than Americans. The U.S. undergraduates had a higher mean response when rating their performance than the Hong Kong students, at 63 percent compared to 49 percent, the researchers found. Still, they found that excessive self-enhancement was related to depression for both cultures.

About the American Psychological Association

The American Psychological Association, in Washington, D.C., is the largest scientific and professional organization representing psychology in the United States and is the world's largest association of psychologists. APA's membership includes more than 154,000 researchers, educators, clinicians, consultants and students. Through its divisions in 54 subfields of psychology and affiliations with 60 state, territorial and Canadian provincial associations, APA works to advance psychology as a science, as a profession and as a means of promoting health, education and human welfare.

Depression at work: Too much lip service, not enough counseling and treatment

Depression at work: Too much lip service, not enough counseling and treatment

Too much hearing protection can put workers at risk