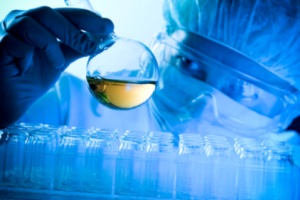 A investigaton by the U.S. Chemical Safety Board (CSB) has found that systemic deficiencies led to a chemistry laboratory explosion at Texas Tech University in January of 2010 that seriously injured a graduate student

The CSB's final report, which was released yesterday, faulted the principal investigators, the chemistry department and the university administration for failing to provide adequate oversight.

The accident involved two graduate students who were conducting research funded by the U.S. Department of Homeland Security on energetic or explosive compounds. The students were tasked with synthesizing and performing tests on a new compound, a derivative of nickel hydrazine perchlorate (NHP).

The two principal investigators for the research believed they had verbally established a 100 milligram limit on the production of energetic materials, but the CSB investigation determined that there was no formal system for communicating this limit or verifying compliance. Few of the graduate students interviewed during the investigation believed that a strict 100 mg limit existed.

Initially, the compound was made in small batches of less than 300 milligrams, but the two students were concerned about potential variability among different small batches of the compound which could affect later test results. They decided to scale up the synthesis to make a single batch of approximately 10 grams -- enough for all of their testing. The graduate students believed that keeping the compound wet with a solvent would prevent it from exploding. After producing the larger batch, the more senior graduate student observed that it contained clumps that he believed needed to be broken using a mortar and pestle up prior to testing. As the pestle pressed against the compound, it detonated. The graduate student was seriously injured: his left hand severely damaged by the force of the explosion, causing the loss of three fingers, perforation of his eye, and cuts and burns to other parts of his body.

The CSB uncovered information on two previous near-misses within the laboratories of the same principal investigators since 2007 -- incidents that were similar to the 2010 explosion. "Key lessons were missed at the time of the earlier incidents," noted the report.

The CSB is recommending that Texas Tech: