NIOSH offering guide to two-way radio use in mine emergencies 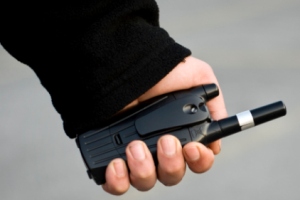 The National Institute for Occupational Safety and Health (NIOSH) is making available an Instructor's Guide as part of a program to train miners in the use of two-way radio communication in the mines. The training tool provides detailed information and scripts for use by instructors when conducting training for miners on every day and emergency radio communication in mining.

The training program was created by a NIOSH multidisciplinary team and is intended to improve communication in the mines and to train miners to effectively use radios as part of a communications system. NIOSH says the instructor's guide is intended for use in a group training setting or for individual trainees, and should be used in conjunction with the PowerPoint presentation, "Radio 101: every day and emergency radio use" (CD-ROM) and the Radio 101: Student Handbook (publication).

"With new requirements for communications and tracking systems, as mandated by the MINER Act of 2006, new issues may arise with the use of radios both on a daily basis and in emergencies," according to a NIOSH statement, which noted that, if every miner has a handheld radio, there could be a problem with inundation of the airwaves in an emergency, causing a delay in the communication of important information. The fact that more miners will have more access to handheld radios makes it worthwhile to train them on the proper use of those radios.

In the past, the ineffective use of communications systems within mines in emergency situations has caused a variety of problems. During the Sago Mine disaster in West Virginia in January 2006, the improper use of handheld radios resulted in the families of affected miners being mistakenly informed that there were 12 survivors and one dead when, in fact, 12 miners had died and only one had survived.

NIOSH hopes that the training will help prevent a similar situation from occurring in future emergencies.

Addionally, the new systems mines are required to install mean that miners will need to know how to use both primary and secondary communications systems.

"Rather than focusing on the technical details and specialized terms of communications systems, the tips provided in this training program will focus on briefer, rule-of-thumb information which can be used to improve the chances of successful communication under less-than-optimal circumstances."

New miners may not understand the potential consequences of not answering the phones in an emergency situation. NIOSH says these consequences should be stressed in training, which should also include the meaning and significance of various visual and audible warning systems.