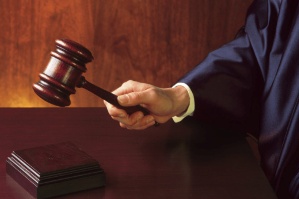 Pelican Refining Company LLC was sentenced this week in federal court to pay $12 million for felony violations of the Clean Air Act and obstruction of justice charges. The action was announced jointly by the U.S. Department of Justice and the Environmental Protection Agency (EPA).

“This corporation operated without even the most basic requirements of an environmental compliance plan and endangered the public and its own employees by implementing unsafe practices in violation of its permit and reporting requirements,” said Ignacia S. Moreno, Assistant Attorney General for the Environment and Natural Resources Division of the Department of Justice.  “Today's plea demonstrates that the Justice Department will continue to vigorously prosecute those who violate environmental and workplace safety laws.”

The sentence by U.S. District Court Judge Richard T. Haik Sr. included a $10 million criminal fine and $2 million in community service payments that will go toward various environmental projects in Louisiana, including air pollution monitoring. The criminal fine is the largest ever in Louisiana for violations of the Clean Air Act.  Pelican is also prohibited from future operations unless it implements an environmental compliance plan, which includes independent quarterly audits by an outside firm and oversight by a court appointed monitor.

In a joint factual statement filed in court, Pelican, headquartered in Houston, admitted that the company had knowingly committed criminal violations of its operating permit at the refinery located in Lake Charles, La.  The violations were discovered during a March 2006 inspection by the Louisiana Department of Environmental Quality (LDEQ) and the EPA, which identified numerous unsafe operating conditions.  Pelican also pleaded guilty to obstruction of justice for submitting materially false deviation reports to LDEQ, the agency that administers the federal Clean Air Act in Louisiana.

Pelican admitted to the following:

• Having no environmental department and no environmental manager;
• Lacking the equipment necessary to comply with a permit issued under the Clean Air Act
• Using an emergency flare gun to re-light the flare tower at the refinery designed to burn off toxic gases and provide for the safe combustion of potentially explosive chemicals (because the pilot light was not functioning properly, employees would take turns trying to shoot the flare gun to relight the explosive gasses)
• Improperly storing sour crude oil in a tank that was not properly placed into service, and continuing to store it in the tank after the roof sank
• Bypassing a caustic scrubber designed to remove hydrogen sulfide from emissions
• Having a continuous emission monitoring system (CEMS) designed to measure the hydrogen sulfide levels in refinery emissions that was not working properly and
• Providing false information to the states of Louisiana and Texas concerning the laboratory testing of asphalt.

Byron Hamilton, the Pelican vice-president who oversaw operations at the Lake Charles refinery since 2005 from an office in Houston pleaded guilty on July 6, 2011, to the crime of negligently placing persons in imminent danger of death and serious bodily injury in violation of the Clean Air Act as a result of negligent releases at the refinery. Hamilton faces up to one year in prison and a $200,000 fine for each of the two Clean Air Act counts.