Solis: Settlement will help establish "a culture of safety" at BP 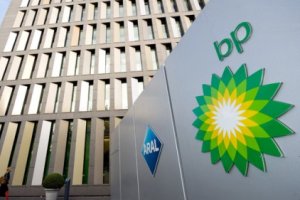 The long saga of the BP-OSHA struggle to resolve issues arising from the 2005 tragedy at the company’s Texas City refinery may finally be drawing to a close.

In an agreement announced yesterday, BP has agreed to pay $13,027,000 in penalties and to abate remaining safety violations by the end of 2012. The agreement resolves 409 of the 439 citations issued by the agency following the refinery fire and explosion, which killed 15 workers and injured 170 other people.

In 2005: OSHA cited BP for a then-record $21 million, and BP agreed to identify and correct safety deficiencies at the plant.

In 2009: A follow-up investigation four years later found improvements, but determined that the company had failed to correct many items. That led to OSHA issuing 270 failure-to-abate notices (with penalties of $30.7 million) and 439 willful violations of the agency’s PSM standard, including failing to follow industry-accepted engineering practices for pressure relief safety systems. The latter citations carried total proposed penalties of $30.7 million.

In 2010: BP agreed to pay a penalty of $50.6 million to resolve the failure-to-abate notices; to hire independent experts to monitor its efforts; to allocate $500 million to ensure safety at the Texas City refinery.

Yesterday: Under the agreement announced yesterday, all violations covered in this settlement have been corrected or will be corrected by Dec. 31, 2012, using the procedures established under the 2010 agreement.

Some 110 citations were withdrawn because BP provided additional documentation showing several pieces of equipment originally cited were not covered by the PSM standard, were out of service at the time of the inspection or met the applicable Recognized and Generally Accepted Good Engineering Practices requirements. BP’s documentation was reviewed and verified by OSHA and independent third-party experts.

“BP is committed to workplace safety. A strong relationship with OSHA is part of that commitment,” said Iain Conn, BP’s global head of Refining & Marketing. “We respect OSHA and have worked to address their concerns in this latest agreement. Our aim is to be a leader in process safety and we look forward to continuing our cooperation with OSHA to create an even safer workplace in BP and in our industry as a whole.”

Secretary of Labor Hilda L. Solis said the ultimate goal of the agreement is to protect workers.

“For the workers at BP’s Texas City refinery, this settlement will help establish a culture of safety. The workers who help keep our nation’s oil and gas industries running deserve to go to work each day without fear of losing their lives.”